Research taking 30 years of data into consideration and that was conducted in Australia produced surprising results.

According to the results of a study looking into mobile phones and brain cancer risk, there is no link between the use of a cellular telephone and any changes in the chances of developing a tumor inside the skull.

The research found that despite widespread use of cell phones in Australia for three decades, tumors haven’t increased.

The researchers from the University of Sydney determined that even though there has been a steady mainstream use of mobile devices in the country over the last thirty years, there has not been a rise in the instance of brain tumors. Therefore, the researchers concluded that there wasn’t a connection between the usage of mobile phones and brain cancer risk. The researchers took care to examine the association between gender and age related incidence rates and considered a broad spectrum of different additional factors.

The study was designed to address the widespread belief that mobile phones and brain cancer risk are connected. 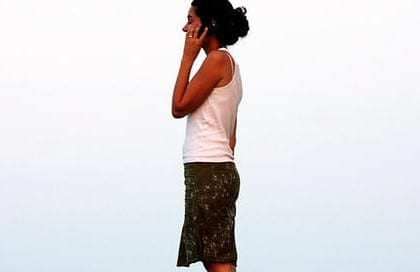 The researchers conducted an analysis of Australian data among a range of different factors such as age and gender for 14,222 women and 19,858 men who had received a brain cancer diagnosis between the years of 1982 and 2012. They compared that with the national mobile phone usage statistics from 1987 through 2012.

Since a very large percentage of the Australian population has used mobile devices for at least twenty years, if not more (in 1993, 9 percent of the population were users and today it’s estimated that 90 percent of the Australian people are mobile phone users), the researchers determined that age-adjusted brain cancer rates among Australians between the ages of 20 and 84 years old, per 100,000 people had seen very slight increase among men but remained flat among women throughout a span of 30 years.

The researchers pointed out that the diagnoses of brain cancer increased significantly only among people who were aged 70 or higher, which they did not find to be a link between mobile phones and brain cancer risk. This research was published within the Cancer Epidemiology journal.