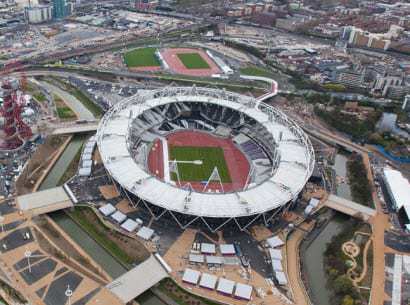 The technology showcase will also be featured at the Paralympic Games.

Worldwide Olympic and Paralympic partner for the London 2012 Games has announced that mobile payments will be featured throughout the events to draw attention to the latest innovations for completing transactions and transforming the way that money is exchanged and managed.

Among the showcased technology will be purchases that can be completed with smartphones.

This allows travelers to enjoy secure and convenient transactions at thousands of different Olympic venues and other retail locations throughout London. According to the Visa Inc. head of products, Jim McCarthy, “Electronic payments play a crucial role in facilitating tourism and meeting the needs of consumers on the go during a world sporting event such as the Olympic Games, making this an unique opportunity to showcase how technology is changing the way people shop, pay and get paid around the world.”

McCarthy explained that mobile payments will take a central role in Visa’s efforts.

He said that over the summer, the credit card giant will be performing demonstrations of the future of mobile payments, with London as its central venue. McCarthy pointed out that our future is a place where consumers will have an increased reliance on their mobile devices, such as smartphones and tablets, and will continue to use their PCs for the management of their regular financial lives.

Visa and its partners have chosen the London 2012 Olympic and Paralympic Games as their world stage by enabling Visa sponsored athletes, as well as visitors, to experience the way that mobile payments will be occurring starting in the present, and moving into the future.

Visa sponsored athletes will be provided with a Samsung GALAXY S III limited edition device – one made specifically for the Olympics – throughout the London 2012 Games. It will feature the Visa mobile payment app, called payWave, which has been branded for the Olympics.

In order to buy products, all the athletes need to do is use their Samsung device and select the Visa option. Then, by holding the smartphone up to one of the Visa contactless mobile payment terminals, the transaction can be quickly and easily completed.