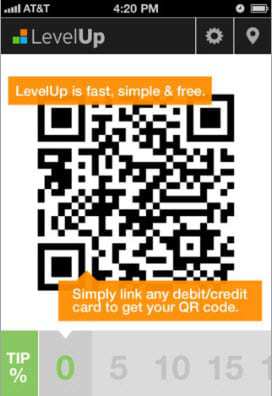 In order to help boost the adoption of the service some merchants have tried to eliminate the alternative.

The mobile payments industry has faced a large amount of struggle in terms of consumer adoption, even after merchants have started to update their systems and accept this form of transactions.

Even the largest players, who have spent billions on systems and marketing, have yet to succeed.

Google Wallet and Isis are two of the largest mobile payments systems currently in place, and yet they are seeing very limited use by consumers. Some merchants who are trying to encourage greater use of this type of transaction – particularly because the fees are typically lower than when plastic credit cards are used – are now taking more drastic action to try to encourage users to make the switch.

Some merchants have opted to stop accepting plastic in favor of mobile payments to limit consumer choice.

This is primarily the case among some users of the LevelUp mobile payments system. This is a Boston based company that assists merchants in accepting transactions through smartphones either through a standalone system, or as a method that is integrated into a current point of sale system.

That company just announced that more than a couple dozen of the merchants using its systems have chosen to accept only LevelUp or cash on one day later in February, eliminating the use of credit and debit cards on that day. They are hoping that this will help to create a greater awareness of the availability of these other forms of transaction and to encourage consumers to give them a try so that they might be less hesitant to do so in the future.

In order to use LevelUp, consumers require smartphones and the mobile payments app. They simply link that application to their debit or credit card. Once they are in a store that accepts these payments, they use the device to scan a QR code located on the reader at the merchant’s point of sale. Then, the consumer approves the purchase.

In the future, LevelUp intends to expand from the use of QR codes and will also have mobile payments available through NFC technology. This will allow consumers to simply tap their phones against the reader for the same result as the barcode scan.