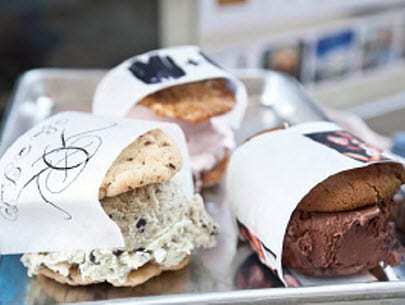 Organic dessert food truck now has a point of sale that processes and tracks purchases on the go.

An organic ice cream truck called Coolhaus, which operates in New York City, is now selling its frozen desserts in a way that takes advantage of the latest in mobile payments technologies.

According to Natasha Case, one of the company’s founders, it uses a powerful POS device.

Case explained that it is not only convenient and effective for processing mobile payments, but that it also allows the operator of the food truck to track what is and is not selling. This helps to provide the operator with far more accurate data than has previously been available for those running restaurants on the go.

Coolhaus trucks have been on the streets of many American cities since 2009, but the mobile payments are new.

The products are distributed in 400 supermarkets, but many consumers keep their eyes open for the trucks that drive around in New York City, Los Angeles, Miami, Austin, and Dallas. According to the company, the ingredients are as locally sourced as possible, and though they do call their products organic, they do not have this certification to back up the claim.

It was in 2010 that Coolhaus started to seriously consider mobile payments as a solution that could work for their food trucks At that time, they began taking it seriously because they saw it as an option for a complete point of sale solution, instead of just a method of processing credit cards from the street.

This option became available to them through technology offered by PaySaber. The device from that company is compatible with the iPhone, as well as a number of Android and Blackberry handheld devices. The technology is energy efficient and allows ice cream truck drivers to use a rich POS system while they can simultaneously process credit card transactions.

This has given the ice cream company the opportunity to more effectively analyze sales trends, while they provide customers with an additional way to pay for their purchases. The attraction that PaySaber presented Coolhaus was that it not only offered mobile payments, but that this feature was incorporated into a complete software.