eMarketer has released its predictions for the United States and they are slower than previously expected.

Even though the growth of mobile payments that was expected earlier this year is not panning out to be true, the slow increases that are still being made still might allow transactions to top $1 billion in the United States this year if the latest eMarketer data is correct.

Though this may seem as though it is an important milestone this year, it is expected to be far greater in 2017.

The eMarketer predictions continue to believe that after 2013, mobile payments will pick up very rapidly, to the point that by the end of 2017, they will have reached the $58 billion mark in the U.S. Included in these figures are any transactions for services or products that are completed through the tapping, scanning, swiping, or checking in with a smartphone at a point of sale. 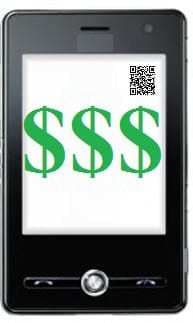 Mobile payments have experienced a great deal of struggle in taking off and in adoption by consumers and businesses alike.

Though they are already doing quite well in the purchase of digital products, it is the use of mobile payments for physical products and services purchased at brick and mortar locations that don’t seem to be generating nearly as much interest as the industry had anticipated.

eMarketer did explain in its report, however, that “Driven by consumers buying items like daily coffee via closed-loop payment systems, as well as an increase in bigger-ticket purchases made via smartphones, mobile payment transactions more than tripled from 2011 to 2012 in the US, reaching $539 million that year.”

Even though the predictions for mobile payments continue to be high, the industry is regularly disappointed as the growth rate is always weaker than had been anticipated. This is what has caused eMarketer to, quite admittedly, scale its estimates back regarding the adoption by users as well as the value of their transactions when compared to the predictions that they had made in the last quarter of 2012.

The updated projections now indicate that mobile payments won’t reach the $20 billion mark until 2016 at the earliest.