The announcements we reported to you from Money2020 last week have the U.S. waiting for the rollout.

Last week, we brought the latest announcements from Money2020, as they were happening, including the announcement of two major mobile payments systems, the technologies that they would be using, and the fact that they are both preparing to launch in the United States very soon.

These services claim that they will make transactions more appealing to both merchants and consumers.

It was also clear that in the mobile payments universe, the winners were QR codes and NFC technology, as both the Isis and Google’s digital wallet service were announced to have integrated both forms of tech into their transaction methods. 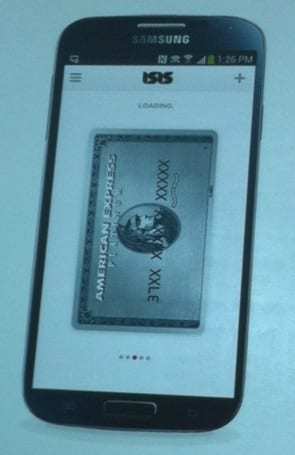 The mobile payments services will make paying for purchases as simple as a tap or a scan.

According to the CEO of Isis, Mike Abbott, his company’s smartphone wallet, which is based on the Android operating system, will allow consumers to load their Visa, MasterCard, American Express, and/or Discover cards into their devices so that they can pay for products and services through the use of the smartphone instead of with the swipe of a plastic card. CapitalOne had originally been a part of this partnership, but it dropped out a while ago.

Both of these mobile payments giants have been providing very limited service, so far, having only completed their trial runs a short while ago. Their nationwide rollouts, including the newly adopted use of QR codes in their systems, could either change the way that Americans view their smartphones as a way to pay for their purchases, or they could be met with the same indifference that they have seen so far.

The companies both feel confident that once the technology is readily available and consumers have understood how easy mobile payments transactions are, they will begin to forget all about their plastic cards and cash. It was estimated that it would take only two or three taps of the device before a consumer would be entirely sold on the process. Abbot stated that it isn’t just about credit cards, either. It also involves loyalty programs, couponing, and other useful marketing techniques.