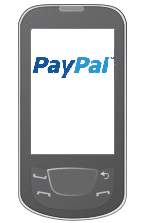 The service allows transactions to occur in-store through a mobile device such as a smartphone.

Small businesses in Australia are currently taking part in early trials of the new in-store mobile payments system being offered by PayPal in order to provide feedback regarding its features, function, and value.

This new system offered by the eBay owned company first announced the launch of the service last week.

Consumers are now able to use a mobile payments app from PayPal to check into a shop that they have entered. This also allows the device user to pay for products at a point of sale through the use of the funds in his or her PayPal account.

The earliest participants in the PayPal mobile payments system have been using it for a couple of months.

According to many of the small businesses that have been a part of the trial run, there haven’t been very many customers that have been interested in making mobile payments. However, they have equally said that the service does work just as it claims to, and that it provides a smooth and seamless checkout experience for shoppers.

That said, some small businesses have said that over the full period that they have offered the mobile payments service, there have only been around a half dozen customers that have actually used it to buy their products. This, despite the fact that some of the participating merchants have been promoting its availability for convenient checkouts.

Some have also found that while several people have PayPal accounts, it is rare for any of them to actually check in using the app in the ships, and even more rare for them to use the app to make mobile payments at the point of sale. Merchants are beginning to see that the adoption of these services may be a slow one.

Equally, among the customers who did try the service – as rare as they were – many were pleasantly surprised with the simplicity of using mobile payments. The two barriers that the small businesses feel will stand in the way of adoption are awareness and the high transaction fees.