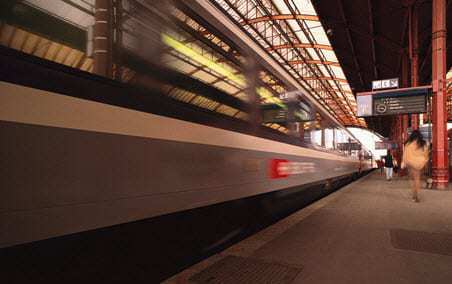 The new transaction process for commuter fare has been implemented using Alipay.

Alipay has just announced that it has launched a new system for mobile payments within the Beijing subway that allows commuters to pay for their fares by having their smartphones communicate with ticketing machines by way of sound waves.

The system itself was first released in January along with the Alipay Wallet app.

This system of mobile payments has now been implemented into the Beijing subway. It uses the white noise that a smartphone generates in order to transmit digital information from that device to another one that receives it. It was originally designed to be able to carry out transactions from one smartphone to another.

The Beijing subway system represents the first time that these mobile payments have been used at a ticketing kiosk.

The use of these mobile payments has shown that the technology has potential not only between smartphones but also for consumer transactions. The new system has been installed into two of the Beijing subway stations that are located on Line 4. This is only the beginning of the service, as it is expected that it will be expanding throughout the rest of the line within the not too distant future.

In order to actually use the sound wave mobile payments technology, consumers must download and install the Alipay Wallet app on their smartphones. Then, they can open the app on their devices and hold it close to one of the ticketing machine sensors. The customer waits for a white noise sound to be issued.

According to the business development director at Alipay, Wang Yu-Ming, each of the sound transmissions is unique, so that every transaction has its own sound wave transmission. The transactions are valid for only five minutes for security purposes, and each transaction takes under a minute to complete.

Should the use of the sound wave mobile payments technology be successful in this format, Alipay expects that it may also find that it is being implemented in other areas where consumers make purchases, such as supermarkets, convenience stores, and in department stores.