Companies and brands are discovering a range of ways to appeal to their customers over their favorite devices.

While mobile payments technology has taken longer to gain consumer acceptance than had been anticipated by many, and there have been some serious challenges that have arisen and that continue to need to be addressed, there are certain industries in which this tech has started to make some serious headway, and among them is the restaurant marketplace.

Smartphone based transactions can provide customers greater convenience and speed in this environment.

This has driven many restaurants to appeal to the draw of mobile payments technology among their diners, by implementing third party services or even coming up with their own in-house proprietary mobile apps. According to the 10-unit Poquito Mas Los Angeles based restaurant group, Kevin McCarney, technology “has become a part of everyone’s daily life, and this is just the beginning.” McCarney’s restaurants introduced smartphone based payment transactions as well as m-commerce based ordering through a third party provider in 2014.

Other restaurants have been quick to leap onto the mobile payments bandwagon, as well. 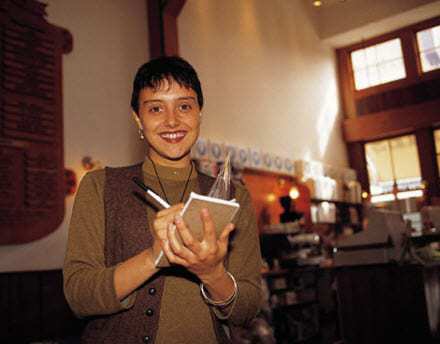 McCarney explained that “We are in the hospitality business, and today our guests use technology to connect to friends, to the world and to us as restaurants.”

The adoption of this type of innovative mobile technology has been speeding up. In a 2015 Restaurant Industry Forecast published at the start of the year by the National Restaurant Association, about one in every four consumers believes that online and mobile technology options are among the important features that play a role in their decision to select a dining establishment.

Comparatively, this represented a notable increase in the difference that features such as mobile payments transactions made in 2013, when fewer than one in five consumers felt that those offerings would make a difference to their decision. The forecast explained that “technology rapidly is becoming an expectation rather than a novelty when dining out.” Restaurants are using it less as a gimmick to draw customers over the short-term, and are instead focusing on enhancing their experience with a more long-term approach in mind.