It may seem that smartphone transactions are everywhere, but small communities are being left out.

Being able to accept mobile payments through services such as Apple Pay and Google Pay have offered powerful advantages to both businesses and customers, but research is showing that smaller communities are being left out of this benefit.

Despite widespread recognition and adoption, contactless smartphone payments are limited in small communities.

Though the use of mobile payments in small communities and rural areas isn’t non-existent, it remains limited at best. The businesses offering these transactions are typically parts of larger chains, such as at gas stations or grocery stores from state-wide or national brands. That said, even in those locations, signage at point-of-sale terminals rarely advertises the availability of NFC-based payment transactions.

As a result, even in the few places where Google Pay, Apple Pay and other options are available, people aren’t aware of it and therefore rarely use it. This makes it appear as though these types of services are not appealing to people in small communities, when it could simply be that they didn’t know it was available in the first place.

By failing to adopt mobile payments, businesses in smaller communities aren’t keeping up.

Technology is integral to younger generations of adults. That said, small communities are typically comprised of a population with an older average age. While the majority of those customers may not be overly enthusiastic about using phones to complete transactions, those in the younger generations are.

The pandemic has brought about the most powerful trends toward the use of smartphone-based transactions and mobile wallets. While in-person shopping tanked during 2020, the use of contactless transactions through smartphones skyrocketed as people who were shopping in person sought to reduce the need to come in physical contact with cash or point of sale terminals.

In the US, a Verisk Financial Research report showed that “adoption of mobile payments in the United States is making progress, albeit at a slower rate than in other developed markets, even though around 83 percent of Americans owned a smartphone at the end of 2020 (up from around 69 percent in 2015).” It also pointed out that “the United States has a highly developed and competitive retail banking and payments market. However, emerging payment technologies are only now displacing 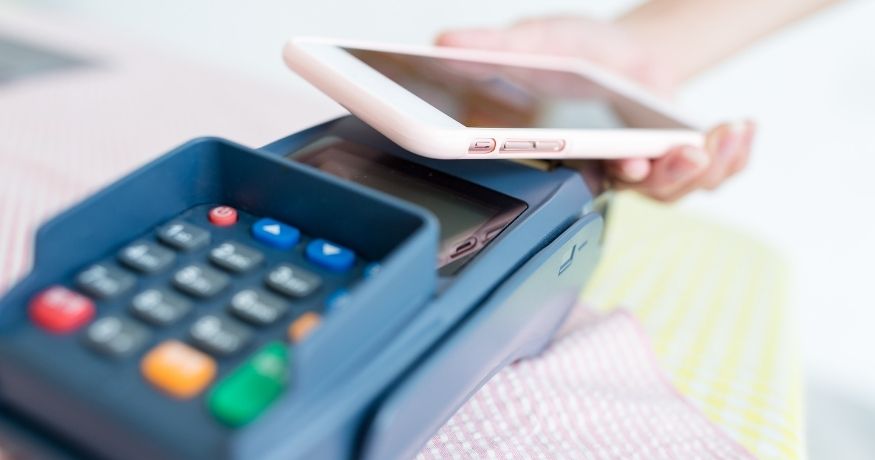 comparatively old-fashioned POS systems.” The trend, however, is moving far faster in urban areas than in rural communities, leaving those businesses at a disadvantage.