The Spanish fintech has released the results of its study of smartphone transaction trends.

Spanish fintech Pecunpay has released a report on its recent mobile payments adoption research, which revealed that Spain is seeing a solid growth rate of acceptance and use.

While more people steadily use their smartphones to complete transactions, fewer use cash.

The company issued a report titled “Study of mobile payment trends in Spain,” to describe the results of its research. The mobile payments adoption study was conducted as a part of a partnership with visa. It revealed that the country is experiencing a notable shift in consumer payment methods.

The report showed that among the 2000 participants in the study, 34 percent said that they use their smartphones to complete payment transactions. Moreover, mobile payments were found to be the preferred transaction option of 12 percent of the participants. This placed this method in third place behind credit and debit cards (60 percent) and cash (22 percent).

Interestingly, men were more likely to use this transaction method than women. Among the respondents, 38.6 percent of men said they used it. Moreover, it was the respondents aged 18 to 29 years old who preferred this method the most, as 38 percent of them were using it. That said, those aged 30 to 44 years weren’t far behind at 37.9 percent.

Geographical location also appeared to play a role in the use of smartphones to pay for purchases. Forty-six percent of the respondents in the Regions of Cantabria had made a solid mobile payment use, while 45.5 percent of those in Madrid had done so, and 44 percent of people in Catalonia said the same. 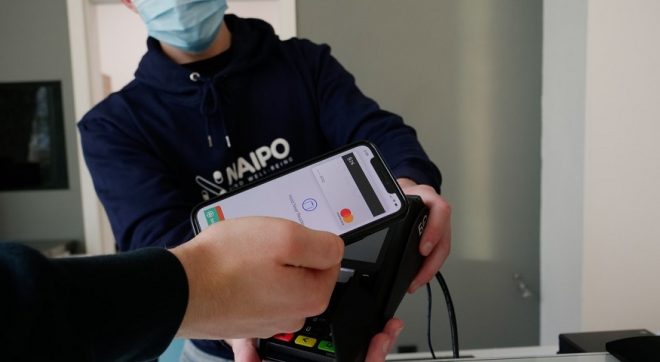 The pandemic played a substantial role in mobile payments adoption. Among the 34 percent of participants who said they used this transaction method, 67 percent said their use had started or had increased since the COVID-19 crisis began.