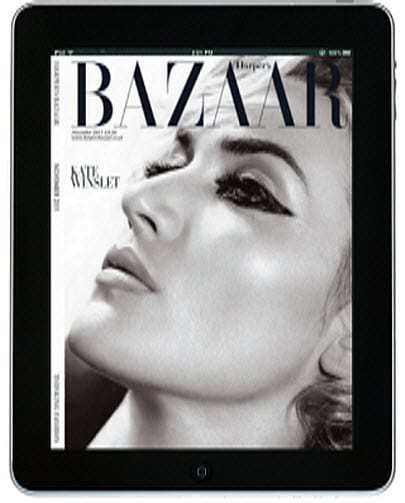 The Association of Magazine Media (MPA, formerly the Magazine Publishers of America) has just published the very first study that looks specifically to the behaviors and attitudes of a very specific niche among consumers: e-reader and tablet owners who use app-based magazines through their mobile devices.

The Affinity for MPA research firm performed the actual study, which has helped to further the understanding of the way that consumers engage with digital magazines, as well as their preferences between the functionality of digital editions and the newsstand versions. It even looked into their opinions on digital commerce as a whole.

In order to conduct this study, 75,000 adult magazine consumers were pre-screened by Affinity for ownership of an e-reader or tablet device as well as for the use of an app for a digital magazine. Following the screening, there were 1,009 participants in the questionnaire which was performed online.

Senior vice president of research at MPA, Wayne Eadie, said that as both types of mobile device penetrate more deeply into the marketplace, and as digital magazines are finally coming into their own, MPA felt that the time had come to conduct a study that would provide them with this knowledge. He added that this was “a study that we couldn’t have executed credibly a year ago with such a small pool of potential respondents.”

He also explained that by performing the study right now, a baseline would have been established so that the results of future studies could be compared to it, and a better understanding could be formed of the ways in which consumers behave with regards to mobile magazines.