More than nine out of every ten marketers in the United States are now targeting smartphone carrying consumers.

The latest figures in advertising have just revealed that 90 percent of the leading hundred American advertisers have started to implement some form of mobile marketing techniques within the last year.

This data was revealed in a report that was just released regarding trends in the use of these ads.

The report was produced by the ad monitoring service called Competitrack. All of the 94 companies that have implemented mobile marketing techniques have run smartphone friendly ads within the last nine months. This data suggests that the use of this channel is rapidly increasing across the board. 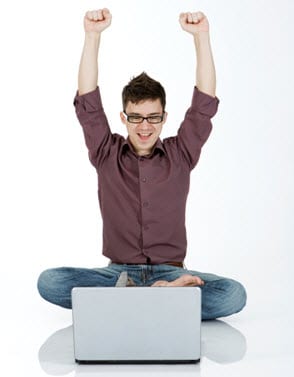 Moreover the report also suggested that large brands aren’t the only ones using mobile marketing.

The mobile marketing data indicated that the channel wasn’t just being used by industry giants such as Google, Toyota, and Amazon, but that brands of all sizes are stepping into the mix. Among the leading one thousand brands, 64 percent have now used advertising that was geared toward consumers carrying smartphones and tablet devices.

Advertisers are being pushed to create highly unique and relevant content for their mobile marketing. Among the 20,000 creatives that were identified within the archives used for the report, 85 percent had been designed specifically for smartphone and tablet devices, instead of having been redesigned from other formats such as for the standard PC.

The leading 10 mobile marketing companies as defined by the number of unique creatives that had been running at the time that the report was created were: Amazon, Toyota, Google, Verizon, AT&T, Microsoft, Bank of America, Home Depot, Progressive Insurance, and Target.

According to the Competitrack report, “Top categories of advertisers using mobile advertising include retail, entertainment & media, technology, travel & tourism, and automotive advertisers.” This helps to show that mobile marketing has made its way into a very broad range of sectors and is not simply a trend that is focused in a single area, such as technology. This is an advertising channel that has shown importance in virtually every area in which consumers are involved.