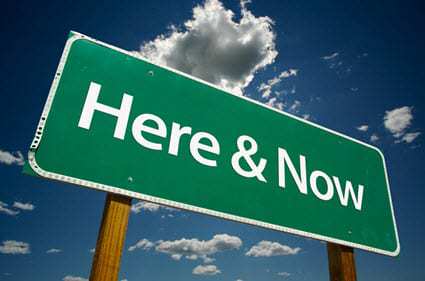 Those who say that it’s hasn’t arrived have missed its start.

For several years, people have been saying that mobile marketing is on its way, and companies of all sizes have been taking part in various forms of its methods and techniques.

Yet some still insist that it hasn’t yet arrived.

Though it isn’t too late to begin mobile marketing, any brands that are still waiting for it to officially start before they begin to put their funds into it will only miss the prime opportunity to reach out to customers before the channel is flooded by the competition. Starting now, before the competition, allows companies to reach the consumer first, and to iron out the wrinkles in their campaigns, so that they can learn how it should be properly accomplished before competing brands.

Mobile marketing is here and it is already very powerful for engaging consumers.

Research across the marketplace is all showing that mobile marketing is being used by brands, received by consumers, and – perhaps most importantly – that it is proving effective. EMarketer, for example, has released its most recent worldwide mobile ad forecast, which has shown that while smartphone advertising will be worth $6.43 billion by the end of this year, it will be skyrocketing to a whopping $23.6 billion by 2016.

For this reason, there are three important questions that all of today’s companies and brands should be asking themselves, regardless of their size or the products and services that they sell:

• Has the website been smartphone and tablet optimized either by creating a fresh new site dedicated to those devices, or ensuring that the current site will be fully functional and simple to view on the smaller screen and with swipe and other touch screen navigation options?

• Has the brand and its advertising been making an active effort to reach out to smartphone and tablet users through various techniques meant for those channels?

• Does the overall strategy now include a full mobile marketing segment that weights the channel as heavily – or nearly as heavily – as traditional media for driving sales?

Keep in mind that technology is moving extremely fast and is showing no signs of slowing down. The longer a company waits to respond, the more mobile marketing opportunities it is handing over to its competition.