This demographic is being seen as highly important to marketers as half of them use small screens first.

According to the results of recent research from Weve, which is attracting the attention of mobile marketers around the world, small screens – that is, those of smartphones, tablets, and other connected gadgets – are considered to be the first and most important channel for almost half of the age group demographic of 18 to 34 year olds.

The research determined that the importance of the small screen to this group makes them an prime target.

Weve is the mobile marketing network of O2, Vodafone, and EE. It discovered that among people between the ages of 18 and 34 years, 46 percent felt that their “first screen” was the small one, such as from smartphones and tablets. This means that for that important age group, smartphones play a more important role than laptops or PCs. Those larger screens were the preference of 30.6 percent. The largest screen, TVs, were the preference of only 12.4 percent of the respondents. 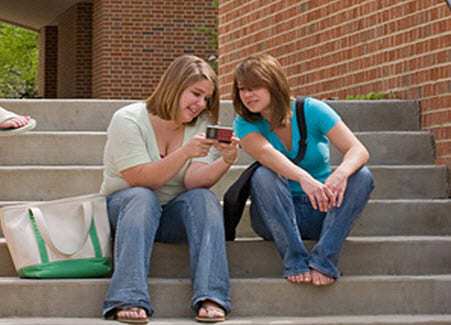 Mobile marketing for this age group will take a major shift toward smartphones, specifically.

Though mobile marketers are looking at both smartphones and tablets, it’s the former of those two gadgets that is the primary focus because tablets saw a top preference among 5.8 percent of the respondents.

The mobile marketing study also determined that 45 percent of people between the ages of 18 and feel that smartphones are their very first device choice for interactions with online content. This makes it more important than PCs and laptops, which received a figure of 43 percent.

When the age group was widened, taking 18 to 55 year olds into consideration, the first screen for this demographic remained the PC or laptop computer. It led the way with a share of 39.8 percent as the most important screen. When all of those individuals were taken into account, the preference for smartphones fell to second place, at 28 percent. Television was in third place at a share of 27 percent, with 5 percent naming tablets as their top choice. This will be very important news for mobile marketers and the way that they design their campaigns.