Fiksu has reported that this form of advertising helps to increase interest in applications.

According to a recent report from Fiksu, Facebook mobile marketing using application install ads played a considerable role in the considerable increase in downloads from the Apple App Store.

The report indicated that the number of downloads increased by 11 percent in April 2013.

The report, called the Fiksu App Store Competitive Index, is a measure of the daily average aggregate download volume among the leading 200 American iPhone applications that are available for free. Its data indicated that when compared to March, April rose from 5.02 million daily downloads to 5.61 million.

Though mobile marketing at Facebook was identified as a primary contributor, there were others identified.

The CEO of Fiksu, Micah Adler, explained that “April’s Fiksu Indexes reflect three key forces at play which, when combined, created increases in volume and costs.” Adler went on to state that “First, the relentless industry investment in mobile by brands large and small that kept competition high,” and pointed out that “Second, the industry’s smooth transition from Apple’s UDID to its new Advertising Identifier (IDFA) actually kept traffic stable when it could have caused some disruption.”

Finally, it was the quick traction of Facebook mobile marketing app install ads, said Adler, that gave developers a much more sizeable and efficient inventory pool, therefore concluding that this may have provided the industry with an even greater buffer against the risk of increasing costs.

The report from Fiksu indicates that the rise in mobile marketing costs that had been recorded in its Indexes from April may have been linked to the end of the UDID. It also suggested that the result of the new IDFA at Apple, which has drawn a number of highly visible and valuable app publishers into its marketplace, could be that the available premium advertising inventory is also on the rise.

Fiksu’s report stated that in the past, these types of publishers had hesitated to take part using earlier identifiers. But it stated that those publishers have had their concerns eased by the IDFA, which is far more mobile marketing and advertising friendly. 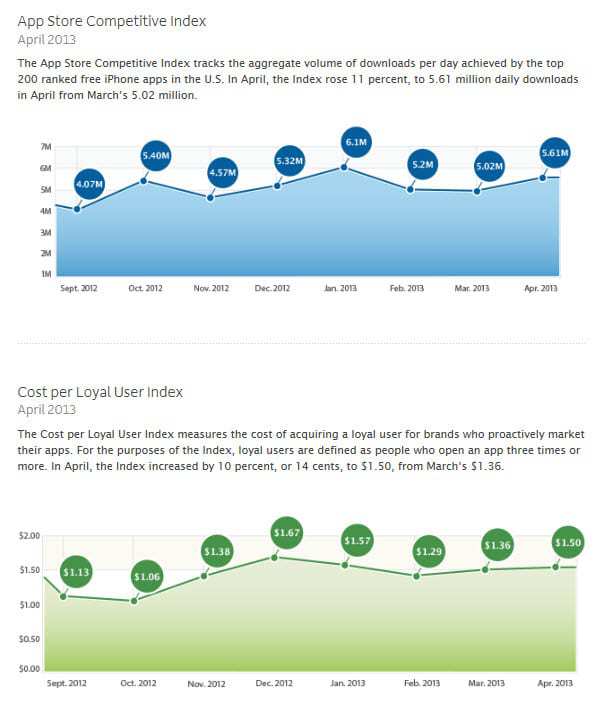