The restaurant’s new SMS strategy that was nicknamed “Adventurrito” has generated huge participation.

The most recent mobile marketing campaign that was started by Chipotle is receiving a great deal of attention as this SMS based strategy is being used as an example of using the channel effectively.

The campaign is made up of a puzzle scavenger hunt that started on July 13 and ran for 20 days.

The participants in the “Adventurrito” campaign had participants competing in tournaments of online puzzles for the opportunity to win twenty years of Chipotle burritos. The mobile marketing deal was that Chipotle would provide participants with clues in exchange for their smartphone telephone numbers. The device users could then use those clues as a part of a fun promotion to solve puzzles and win free food. 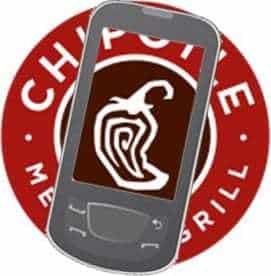 The mobile marketing campaign was one element of the tremendous 20th birthday celebration for the company.

At the center of this mobile marketing campaign is text messaging. SMS is being used not only to issue the clues to give the participants what they need to solve the puzzles, but also for providing those same individuals with general Chipotle restaurant info that is effectively boosting foot traffic to the various locations.

The entire process begins with a short code number that is printed at the bottom of each receipt at Chipotle, when a customer has checked out. By texting a keyword to that number, the participant is signed up for the mobile marketing campaign and a hint to the daily puzzle begins to be issued. There is a clear disclaimer provided that allows customers to know that they will be added to the SMS program if they send the keyword to the number.

The keywords, numbers, and puzzles for this mobile marketing campaign are changed on a daily basis. The game itself has managed to drive consumers into the actual restaurant locations as well as to the social media sites for Chipotle. Because of this, the traffic on Google+, Facebook, and Twitter have all risen steadily. Moreover, the company is also using those sites to distribute the clues to ensure participation even by those who do not want the text messages.