While it has yet to be seen whether or not this device will take off, it still represents a considerable advertising opportunity.

The Amazon Fire Phone has been making technology news headlines since its first release, and while the first real figures regarding its overall popularity will require a great deal more time before they can be released, what is known is that the nature of the device is proving to offer an incredible mobile marketing opportunity.

The reason is that the mobile device is heavily focused on m-commerce, which offers a whole new level of tech for marketers.

Though the first smartphone that Amazon has ever released – which only started shipping for the first time, last week – may look quite similar to other premium device, such as the Samsung Galaxy or the iPhone – the main difference is in its considerable m-commerce focus. The gadget, itself, is like a mobile marketing campaign for Amazon in and unto itself.

Many of the very useful features built right into the Amazon Fire smartphone double as mobile marketing. 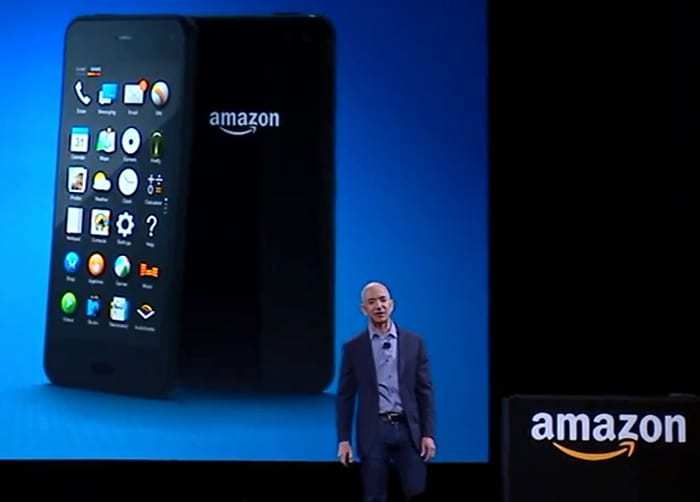 For example, the Firefly feature allows the smartphone users to be able to scan barcodes in order to automatically call up Amazon product pages. Furthermore, the purchase of this mobile device comes with a free subscription to Amazon Prime, which will certainly make shopping at the massive online marketplace even more appealing. With all of this available to consumers through the one device, this is a considerable opportunity for mobile advertisers.

What marketers are finding fascinating about the unique design of this device is that it is as though the m-commerce element is included with the consumer’s permission. It isn’t forced at the consumer as an addition. Instead, it is seamlessly worked into the overall function of the device and it is presented as a feature that incorporates mobile ads as an advantage. For instance, the free membership to prime offers consumers unlimited video streaming and free shipping on their orders. This was central to the first commercial for the Amazon Fire, which ran midway through July.

This presents mobile marketing firms with a method of connecting specifically with a device that is meant for shopping. It will be very interesting to watch this news as it develops.