The findings from recent research have indicated that mobile health apps are becoming increasingly popular among consumers and the developers of those applications are going to need to start placing a larger focus on the concerns of consumers in terms of associated costs and excessive data entry needs.

Smartphone owners are showing that they like having mhealth tools available to them on their mobile devices.

This is especially true when it comes to diet and fitness support focused mobile health apps. A study published in the Journal of Medical Internet Research demonstrated that 58 percent of smartphone owners have downloaded at least one mhealth application onto their device at some point. This research involved the participation of over 1,600 respondents who all owned smartphones. It determined that nutrition and exercise focused apps were among those that were most likely to be downloaded. 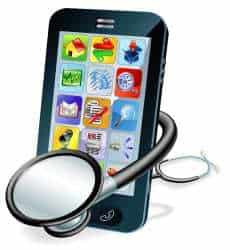 The respondents who decided not to use their mhealth apps said that the price of the applications, a “lack of interest”, or security or privacy concerns about the data being collected were the main reasons deterring them from using them.

The research was conducted in June of this year. It involved 36 questions about the socio-demographic background of the respondents, the level of trust they place in mhealth apps, the reason they use these applications, the reasons that they stopped using them and general health background information.

The researchers found that the smartphone owners typically had a high level of trust when it came to the accuracy of the mobile health apps they downloaded. Moreover 45 percent of the study participants said they had stopped using some mhealth applications as a result of high costs or the burden of having to enter a large amount of information in order to receive any benefit. This suggests that developers will need to take care to keep those concerns in mind as they design future products in this application category.