LED treatments of various skin conditions have become hot sellers, but can a smartphone offer treatment?

For half a decade, the mobile health category has started to try to tap into the success of LED light therapy that is being increasingly used in alternative and conventional medicine, alike, for the treatment of common skin conditions ranging from acne to psoriasis, premature aging, and rosacea.

What has been unclear is whether or not a smartphone app can offer the same treatment as a specialized light.

Mobile health apps have become wildly popular in everything from tracking fitness to calories, and even trying to identify whether or not a mole on the skin could be problematic. At the same time, light therapy – particularly from LED lights – has been growing a massive body of evidence to support its ability to safely kill bacteria without using antibiotics, and to heal wounds and scars. Blue and red lights are being used for acne vulgaris, while red light therapy is being increasingly applied as a natural rosacea treatment.

As mobile health applications continue to claim the same benefits, patients want to know what to believe. 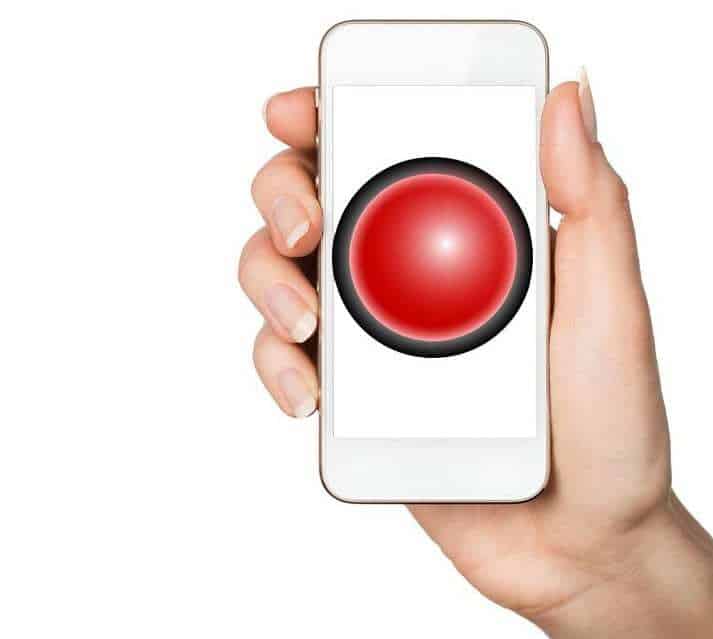 According to numerous sources, including MayoClinic and WebMD while light therapy for rosacea and acne may possibly be beneficial to many patients, this type of natural treatment is best applied from high powered devices and not the significantly weaker exposure to wavelengths from a smartphone.

While it does sound appealing to be able to download a light therapy app and enjoy the benefits of the specific color from the screen of a smartphone, there are mixed reviews being presented from doctors, and dermatologists appear to be even more doubtful. Moreover, at the time of the writing of this article, no clinical studies could be found in any medical journal databases that would suggest that there is any indication that the power of the screen of mobile devices would be high enough to administer light therapy as a skin treatment.

A study published in the British Journal of Dermatology has said that light therapy for acne is nearly twice as effective as benzoyl peroxide – a very common topical treatment ingredient. A review of 35 trials by the Imperial College, London, found that using this natural skin care alone or in combination with topical treatments could be very helpful to some sufferers.

Similarly, red light therapy, as well as treatments using exposure to green and amber wavelengths have been benefitting sufferers from another common skin disorder, rosacea. But those studies have all involved the use of high-powered LED or even low level laser treatments. At the moment, the medical community does not appear to be standing behind natural rosacea treatment or acne therapy through a mobile health app. It will be interesting to see what future research will have to offer, but until proof is available, it looks as though doctors and dermatologists will continue to recommend better recognized LED light therapy products.