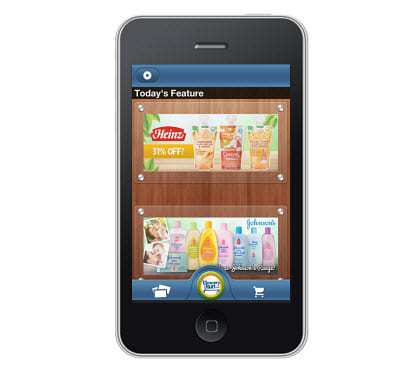 The online grocery site has just released a new iPhone and iPad app.

GroceryRun.com, an online grocery store, has just announced the availability of a new mobile commerce application for iPhone and iPad users.

This launch has aligned itself with the strongest growth that GroceryRun has recorded in a single quarter.

The website currently receives approximately 15,000 on a weekly basis, and has seen a significant demand from suppliers who have been rushing to add their offerings to the site. This has been bolstered by the notable shift that supermarkets are making in order to place their primary support on their own home store brands as opposed to promoting those from other companies.

The mobile commerce app is the first of its type to allow consumers to buy food wherever they are.

According to the general manager of GroceryRun, Kalman Polak, has identified the new Apple device friendly application as the first within its category to allow consumers to shop for their groceries while they’re on the go.

Polak explained that “The current apps on offer from the major supermarkets are geared towards list making and sending the shopper in store to make a purchase.” He also went on to point out that “The GroceryRun app is purpose built to make shopping on the go quick, easy and secure.” The in store experience has been carefully replicated by the designers of the mobile commerce application in order to make it as intuitive as possible.

iPhone and iPad users can download the app and browse the availability of products, special offers, and various categories. They can choose the items they want, select the quantity to be ordered, and add them to the cart. Once they have everything they want, they can checkout in the traditional way.

The G.M. also pointed out that the app has been carefully designed to keep the mobile commerce tradition for bargain hunting in the forefront. It was created to be used by people who are “serious about savings”. At the moment, an additional “scratch and win” game has been added to the app, to allow users to reveal coupons that they can use at the time of their next purchase.