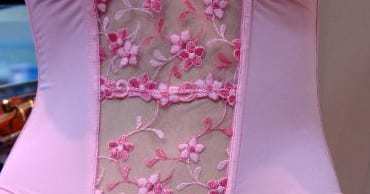 The retailer made considerable improvements to its smartphone friendly site, said Keynote.

The Victoria’s Secret Direct smartphone friendly website performance jumped by 18 spots on the Keynote Mobile Commerce Performance Index during the week that ended on April 21.

The retailer’s website homepage for smartphones experienced an average load time of 6.74 seconds.

The Victoria’s Secret mobile commerce site homepage was also able to successfully complete its loading 99.49 percent of the time. This, according to the statistics collected by Keynote during that week. When the load time and the successful load rate (also referred to as the site availability) were combined, it generated a score of 816 out of a possible 1,000 on the Keynote index.

Though the mobile commerce site was faster this week, it was its availability that made the most difference.

According to mobile performance expert, Ken Harker, from Keynote, “While the site was slightly faster this week, the gains it made on the index were primarily due to improved availability.” He went on to add that “Victoria’s Secret improved availability by 1.38 percentage points.”

The mobile commerce website at Victoria’s Secret had been maintaining a lower site availability rate than is recommended by Keynote’s experts. This had been the case over a considerable period of time. While Keynote recommends that availability should be maintained at a bare minimum of 99.5, Victoria’s Secret had been achieving a rate that was lower than 98 percent in January.

Among the reasons for this weak availability, said Keynote, was that the mobile commerce site was returning errors. Harker pointed out that many of them were HTTP 503 Service Unavailable, when the HTML element for the base page of the homepage was requested. He also said that “The frequency of these errors has decreased, but the errors are not completely eliminated—there was still a handful in the week ending April 21.”

The base page HTML element of a mobile commerce homepage is its core site document which holds the entire structure for that page. It is typically the first thing that is downloaded by a browser. It contains the links to the other parts of the page, including its scripts and images.