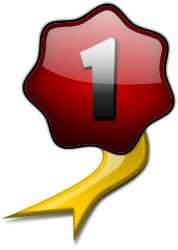 The department store has redesigned its site for smartphones and has achieved amazing speeds.

Sears has made a considerable mobile commerce performance achievement, according to Keynote Systems, which ranked the department store retailer’s smartphone friendly website in the first position among all 30 companies that are included in its index.

The company was able to shoot its position upward from having been eleventh to the top spot.

The Sears website was given this coveted rank on the Keynote Mobile Commerce Performance Index, after it made considerable changes to its website to bring its homepage load time down to 1.74 seconds, and its successful load completion rate up to 99.74 percent. These two statistics were combined in order to calculate the score on the index that left all other companies behind.

The mobile commerce index score was based on load time as well as site availability.

The combination of the mobile commerce performance scores earned Sears an index score of 974 out of a possible 1,000. This was during the week of April 14, the most recent week examined by Keynote Systems for its index.

According to Keynote mobile and web performance expert, Haroon Chohan, “There was a major site redesign completed on April 4 that helped Sears achieve these impressive numbers.” Chohan went on to say that “The major factor in the redesign is that the average bytes downloaded on the home page went from more than 100 kilobytes to just under 13 kilobytes. This was accomplished by using a very minimal home page design with just five objects loading on the page.”

The homepage on the Sears mobile commerce website includes the company logo, as well as a shopping cart and the sign-in option at the top of the screen. Directly underneath that, is the search box for the site. This is then followed by a six navigation bar box that includes the browse, deal of the day, local ad and deals, find a store gift cards, and more options. Under that box – which comprises the largest amount of the page – is a button bar for contact, about, terms, policy, and the option to visit the full website.