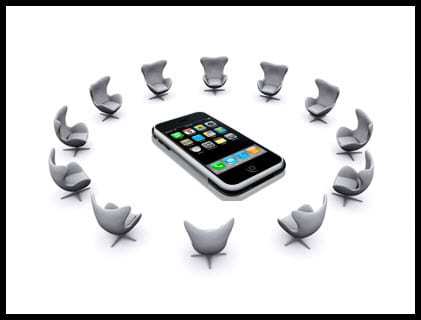 An important milestone has now been reached by the clothing retailer’s smartphone strategy.

The teen fashion retailer has just made it into the top ten list of the Keynote Mobile Commerce Performance Index for the first time since it has established its smartphone friendly campaigns and site.

The chain’s homepage was recorded to have an average load time of 11.23 seconds.

This, according to the tests that were performed by Keynote for its mobile commerce index on the week that ended on April 7. This reduced load time for the homepage allowed the retailer to see an improvement of 9 positions on the index of 30 total companies. This is the first time that it has made its way into the top 10 list.

The mobile commerce site also had a successful completion rate of 99.87 percent, which also contributed.

By combining the performance of the American Eagle Outfitters mobile commerce website’s successful load percentage with its average load time, the retailer earned an index score of 741 out of a total possible score of 1,000. According to mobile performance expert from Keynote Systems, Venkatesh Giri, “American Eagle cut down extra page objects and optimized its site for a better mobile experience.”

Giri added that “Its mobile home page is serving up 30 objects which add up to 220 kilobytes.” There are many types of page objects, including tracking pixels, text boxes, images, and JavaScript. The clothing company is using a number of mobile commerce website design techniques that have greatly improved the site’s performance.

For instance, it brought all of its images and icons for the site into a single sprite file, said Keynote. This type of file is a form of web programming technique that allows a number of different images to be saved as one. This minimizes the number of calls that a web server must make to load a mobile commerce webpage. It also reduced a considerable amount of time from what is required to fully load the page. The merchant also employed a URI (universal resource identifier) technique in which a string of characters is utilized for the identification of a web resource, for example, an image.