Although smartphone shopping is growing rapidly, it is still being held back by certain challenges.

Despite the fact that it is predicted that smartphone traffic and search volumes are likely to overtake those from desktops and laptops over the next year, the same cannot be said with respect to mobile commerce conversion rates.

Consumers are shopping with their smartphones, but barriers are still stopping them from buying.

According to the latest mobile commerce data from Econsultancy, consumers are using their smartphones for checking and comparing prices as well as to research products, but they are ultimately turning to their desktops or event heir tablets in order to make the actual purchase. The researchers further investigated the reason for this behavior and made several discoveries. 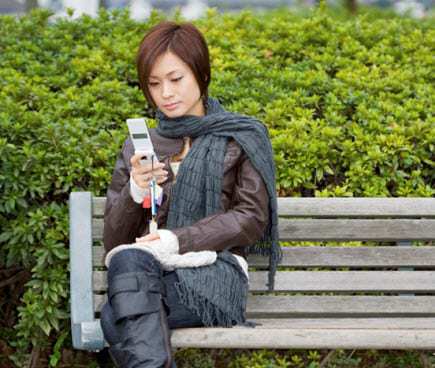 The Mobile Commerce Compendium showed that there are a number of reasons people refrain from buying.

According to the data in this study, 64 percent of smartphone owners who do not use mobile commerce simply prefer the overall shopping experience of a desktop or tablet. However, 41 percent stated that they find shopping more difficult on a smaller screen. The third most common reason, said 39 percent of smartphone owners, was that they have concerns about the security level available on their devices. Another 13 percent said that their 3G connections were simply too slow for a pleasant experience to be possible.

It was also pointed out as interesting in the report, that there were 6 percent of survey participants who felt that mobile commerce websites did not have the same product offerings or selection as the desktop counterparts.

The data used for this study was gleaned from a survey conducted by Toluna, which involved the participation of 1,000 consumers in the United Kingdom. Its results went on to show that nearly half (49 percent) of consumers had used their devices in order to purchase something over mobile commerce within the six months prior to the study. Moreover 54 percent of those individuals had spent less than £50 in total during that time.