The global marketplace has adopted shopping over smartphones far faster than Americans.

Market Probe International and Havas Worldwide have released the results of their most recent study which has indicated that the United States has fallen behind the rest of the world when it comes to the adoption of mobile commerce.

Fewer than one in five online shoppers in the U.S. have used their devices for shopping purposes.

The research indicated that only 16 percent of American online consumers have used mobile commerce to help them to shop. This is nowhere near the figures that are being seen in many other economies around the world, particularly in the case of emerging markets. China, for example, saw 50 percent of its online shoppers using their smartphones or tablets for that purpose. 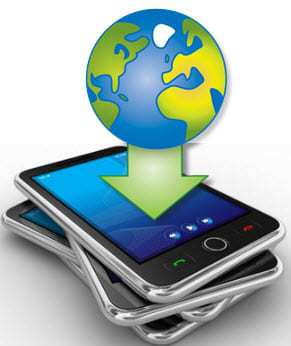 Mobile commerce has taken off in many other countries, as well.

For instance, Singapore was shown to have 48 percent of its online shoppers using their smartphones and tablets for mobile commerce. Equally, 42 percent were doing so in India. The study took the data from over 10,000 adults in 31 different countries into consideration. The United States also fell behind Germany, where 40 percent of online shoppers were using smartphones for buying, as well.

This trend could have something to do with the confidence that consumers have in mobile commerce around the world, as the survey suggested that American consumers still cling to uncertainty when it comes to buying over their smartphones and tablets. Only 26 percent of online shoppers in the United States said that they would be comfortable making a purchase on their wireless devices. Comparably, in India, that figure was 54 percent and in China, it was 54 percent. Overall the average figure for the number of consumers who were comfortable with m-commerce was 34 percent.

To a certain extent, the difference between the mobile commerce results in emerging markets and those in developing markets does not come as too much of a surprise. This is because for many people in emerging countries, smartphones are the primary – or only – online access point. That said, the U.S. was still found to lag behind many other countries with comparable shopping activities.