Retailers are beginning to adapt and embrace mobile commerce

The retail industry has been undergoing something of a revolution in recent years, sparked by the increasingly important role technology is playing in the lives of people around the world. Mobile technology, in particular, has come to play an important role in society and as more people rely on their mobile devices in their everyday lives, retailers are beginning to feel the pressure to accommodate the needs of these people more adequately. For most retailers, this means embracing mobile commerce and new marketing techniques that are specifically focused on mobile consumers.

In Europe, retailers are taking an aggressive stance when it comes to mobile integration. A recent study from research firm comScore shows that there are more than 30 million smartphone users in the European Union. Approximately 20% of these users access retail sites and make use of shopping applications. The study shows that Germany and the United Kingdom boast of the largest mobile retail audience, with Spain and Italy showing modest growth in terms of mobile commerce. Even in countries were growth is relatively sluggish, retailers are making a push to engage mobile consumers in a more dynamic fashion. 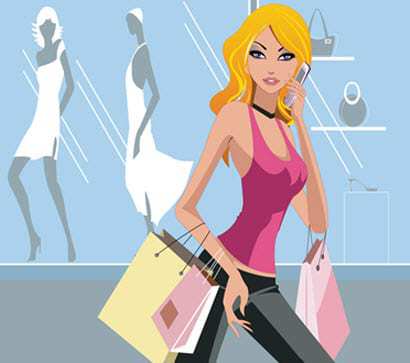 The majority of retailers have begun to make use of mobile commerce platforms that have been developed by third party technology firms. There are a growing number of retailers that have begun to develop their own platforms, however, in the hopes of offering a more personalized and branded experience to consumers. This approach also allows retailers to avoid some of the fees that are associated with third party platforms, allowing them to make more revenue from platforms they develop themselves.

According to comScore’s study, 1 in 7 smartphone users in Europe participate in mobile commerce in some way. The general consensus concerning mobile commerce among consumers is generally positive as many people approve of the convenience it represents. The study predicts that approximately 22.8 million people use their smartphones to shop for and purchase products, up from an estimated 16.6 in August of 2012. The most popular products that consumers purchase with their smartphones are clothing and accessories, with electronics coming second. Many retailers have managed to find a great deal of success by catering to the interests of mobile consumers and this success is likely to be augmented by the upcoming holiday season.