Augmented reality is beginning to gain strong momentum throughout the world. The technology is often considered a novelty by many because of its uses in marketing and entertainment. Indeed, there are currently few practical uses for augmented reality, but that is likely to change in the near future, especially as mobile technology continues to grow more advanced. Juniper Research, a leading market research firm, has released a new report shedding light on the growth of mobile augmented reality.

According to Juniper Research, mobile augmented reality will account for more than 200 million unique users throughout the world by 2018, a significant increase over the 60 million unique users projected this year. The report suggests that augmented reality will break out of the gaming and entertainment sectors over the next few years, establishing itself as an integral part of a consumer’s life. Juniper Research predicts that augmented reality will be able to overcome the concept that it is nothing more than a novelty technology with relative ease as software developers begin to push the boundaries of the technology and introduce it to new sectors. 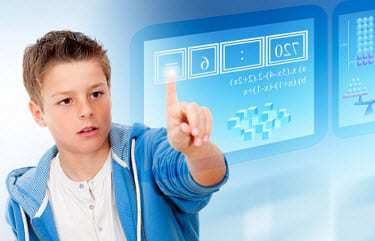 AR may have a role to play in communication and commerce

The report suggests that augmented reality will continue to play a role in the marketing and entertainment fields, but will also begin to play a larger role in communication and commerce. Projects like Google Glass have touched upon the communication qualities of the technology, showing that AR can be used as a social media tool. In terms of mobile commerce, the technology can be used to provide consumers with dynamic shopping experiences. AR has been used by the retail industry to some degree, especially when it comes to clothing. Augmented reality dressing rooms, which allow consumers to see virtual representations of clothing, are becoming more common with retailers.