Ninety percent will use their smartphones in domestic or international travel.

According to the results of a recent survey, Americans love to have their smartphones and mobile apps available to use while they are traveling both domestically and abroad, and 90 percent will use those devices regardless of the fact that they could incur roaming charges.

The outcome of this survey closely mirrors the results of previous research that has made similar suggestions.

This most recent study of the use of mobile apps and phones by American travelers was conducted by TripBarometer. It aligns with another recent survey that was held by TripAdvisor, which showed very similar statistics in that 91 percent of travelers worldwide say that they use their smartphones while they are on vacations away from home.

The most common use for mobile apps and devices among American travelers is as a navigating tool. 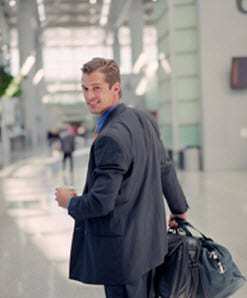 Furthermore, 62 percent of the participants in the survey said that they used their mobile devices to find a restaurant. Fifty two percent sought out activities that they could do. Approximately 50 percent used their smartphones for sharing photos and posts regarding their travels over their social media profiles. Another 27 percent looked for hotels on their mobile gadgets.

This is very positive insight for providers of mobile apps and websites that offer tours, restaurants, activities, other travel services, and even the social media networks. The survey didn’t find that the relatively low use of these devices to search for hotels was all that notable, as the majority of travelers will have already found their accommodations before they arrive at their destinations. It is more common to look for a hotel in order to change the place where they are staying if they were not happy with the one that they booked from home.

One Thought to “Mobile apps are commonly used by American travelers”