Google and Apple are cracking down on games that attempt to replicate the now unavailable application.

It has recently been observed that both Google and Apple are cracking down on any new mobile apps that are being added to try to clone the concept of the recently terminated “Flappy Bird” and take advantage of the tremendous number of people who have been trying to obtain a copy of the application.

As we reported last week, the highly popular and addictive game was taken down by its creator.

Behind the Flappy Bird mobile apps development, was Dong Nguyen, from Vietnam. He suddenly took down every version of his game, generating a wave of publicity that created more demand for the application than was ever present before. He claimed that the popularity of the game had “ruined my simple life” and he didn’t want anything to do with it anymore, despite the fact that he was raking in the advertising dollars (an estimated $50,000 per day!). Despite the fact that he has taken the game down, he continues to earn from ads viewed by those who had already downloaded the application.

Even before Flappy Bird had been taken off the market, replica mobile apps had already started. 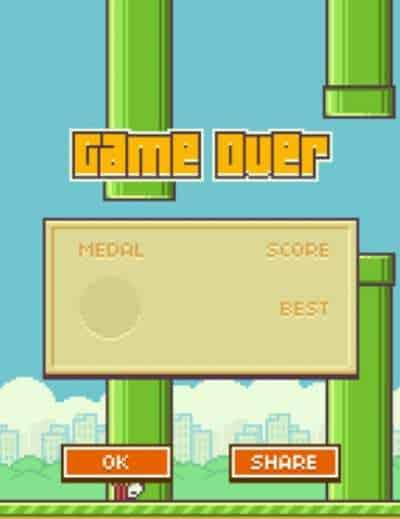 Simply searching for the word “flappy” on its own would bring about results that included “Flappy Troll”, “Flappy Fish”, Flappy Bieber”, and a nod to the hugely popular online Nyan Cat, “Flappy Cat”. That said, when it comes to the more recently posted games, the large markets are now working to keep those clones to a minimum.

According to a spokesperson from Apple, that company is trying to crack down on the applications posted with the name “flappy” in the title, but also any others that look as though they are attempting to fool consumers into believing that they are somehow related to the original game.

This has caused many mobile apps developers to have to take steps to change their game titles or their entire applications or they will risk being taken down. Many have reported that their warning emails have given them only 48 hours in which to make the necessary changes.