When it comes to mobile marketing of applications, this organization is getting the job done.

The World Wrestling Entertainment (WWE) organization may not be the most obvious source of important marketing lessons for mobile app development firms, it remains a brand that has done an exceptional job at using smartphones, tablets, and social media to their very fullest.

The lessons that can be learned by mobile marketing firms and application developers are surprising.

This professional wrestling organization has turned itself into a master of mobile marketing, to the point that many other brands are finding themselves looking to the WWE to try to benefit from the channel as effectively. Even mobile app development companies are discovering that they can discover new and beneficial tactics from among the aggressive campaigns that this organization has successfully employed.

The mobile app development for the WWE, itself, has been successful enough to have now passed 10 million downloads. 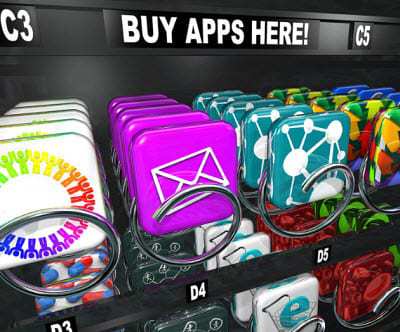 Users in 220 countries have downloaded the WWE application since its initial launch in August 2012, and now their numbers are greater than 10 million. This gives the brand the ability to effectively reach their key demographics and to offer a new central component for the delivery of the first ever 24/7 streaming network that will be called the WWE Network, which will be launched later this month, on February 24th

The WWE has demonstrated an extremely well thought out and careful strategy that has worked mobile into every element of the brand. It has managed to provide a consistent push for its application without crossing that vital line into becoming frustrating or annoying to consumers. Instead, they have given consumers a reason to want to download the application, for example, to be able to interact directly with other fans as well as with WWE wrestlers, and to be able to vote for match opponents.

The WWE has given their viewers the ability to use the app as a tool that they can use regularly – even daily – in order to take part in a number of different types of activities. The mobile app development, here, is ingenious, providing a second screen experience that is unlike anything else that is currently available, including continuation of live matches throughout television commercial breaks, providing live polls, backstage content, photos, and exclusive content.