The smartphone application is meant to help cottagers to be able to avoid drinking and boating.

The popular mobile app from Uber that helps participants in the increasingly popular ride sharing program has now expanded to an entirely new area and vehicle as it helps to provide Canadian cottagers who were traveling away from the cities for the May long weekend with a way to be able to enjoy drinking alcohol while avoiding getting into a boat after doing so.

In essence, the Uber application has given people in the massive Muskoka region with water taxis.

Drinking and boating is a very dangerous and illegal activity, and while the majority of boaters know better than to combine those two activities, there are always some who overlook it – particularly during a long weekend. The mobile app for water taxis allows partygoers in Canadian “cottage country” (a part of Ontario) to be able to use a boating service in the same way that they would use the ride sharing program for cars in the city. Now they can hail a ride across the water whenever they need to head out or come home after a day or night of drinks on the dockside.

This mobile app is already functional for land passengers in more than 70 different cities around the world. 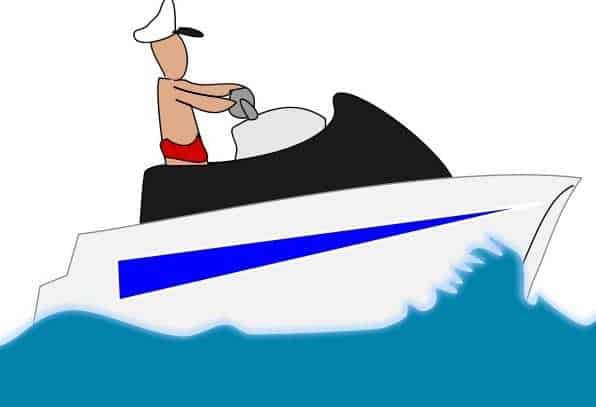 Uber gives smartphone users the chance to use their devices to call a cab or a limo. According to Ian Black, the general manager of the company for Toronto, Canada, “We saw a big opportunity here to solve a pretty obvious problem and one that no one seems to have solved, by helping to reduce drinking and boating.”

Last year, there were 23 water related fatalities that were investigated by the Ontario Provincial Police (OPP). Among them, four involved alcohol. The police are hoping that people will use better discretion, particularly ahead of the long weekends, this summer.

Tools such as the Uber mobile app may help to make it more convenient for cottagers to be able to make the safer choice when it comes to drinking and heading out on the water.