QR codes can be a powerful marketing tool

When it comes to marketing, QR codes sometimes receive a great deal of criticism. The tech-savvy have been slow to warm to QR codes because of their simplistic nature and relatively low flexibility when compared to other technologies, like NFC and augmented reality. Consumers often consider the codes to be garish and unappealing as well, and others simply do not know what the codes are for and avoid them. The criticism that QR codes attract has not dissuaded marketers from making use of them, however, and there are several campaigns that have used the codes to great effect in recent years. For instance, a company looking to expand it’s marketing outreach may implement QR codes of a variety of promotional products to offer additional incentives to customers who buy their products or use their services. The most widely used promotional products being printed with specific QR codes include functional items such as stress balls, sticky note pads and more.

Telecommunications giant Verizon Wireless launched a marketing campaign in 2010 with the help of ScanLife, a specialist in QR codes. The campaign aimed to promote the various applications that were available on Verizon’s DROID devices and made use of QR codes in print advertisements, in-store displays, and direct mail. When the codes were scanned, they would allow smartphone users to download applications from the Android Market. In a matter of three months, the campaign recorded more than 150,000 unique scans, which translated in hundreds of thousands of downloads from the application store.

During the 2012 Olympic Games in the United Kingdom, Turkish Airlines launched a campaign that also leveraged the power of QR codes. Instead of a traditional marketing initiative, however, this campaign took the form of a scavenger hunt. People traveling to London to see the Olympic Games were tasked to track down QR Flags, which gave them a chance to win various prizes from the airline. The campaign drove 20,000 referrals and brought people from around the world to a single mobile site, where they spent 75% more dwell time than on any other site at the time. 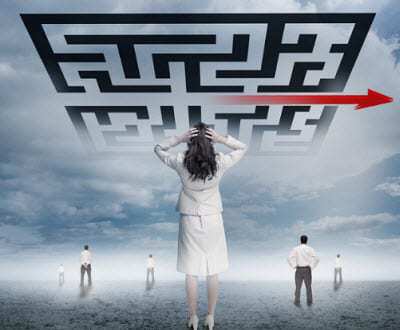 Verizon shows the clout of QR codes yet again

Verizon Wireless again showed that QR codes could be a powerful marketing tool with an in-store campaign that gave people a chance to win free smartphones. People flocked to Verizon stores in order to take advantage of the offer and all they had to do was share their participation on Facebook, encouraging their friend to purchase phones from Verizon so they could win a free smartphone themselves. The campaign called for a $1,000 investment from Verizon, which yielded more than $35,000 in returns.

QR codes can, at times, be the subject of undue criticism. The codes have proven that they can be an effective marketing tool, but only in the hands of those that know how to use them. Unfortunately, for every success story concerning QR codes, there are an equal number of marketing disasters that involve the codes as well.