The new Shine Collection has brought wearables and fashion together with a more sophisticated look.

The first image that comes to mind when discussing the Swarovski brand likely isn’t activewear, but in the effort to improve the look of wearable technology, Misfit has just unveiled the newest and most sophisticated part of its Shine collection, which includes the Activity Tracking Crystal.

This use of Swarovski crystals is another step toward showing that wearables don’t have to be ugly.

The Shine collection was designed to be a part of the different accessories that make up the Misfit Wearables. The new lineup of wearable technology includes nine different accessories, such as watchbands, bracelets, and even pendants, each of which have been designed with Swarovski crystals. The center focus of the Swarovski Shine devices is a multifaceted crystal that tracks and records the steps, burned calories, and other activity patterns of the wearer.

The wearable technology connects with the Swarovski mobile app, which was unveiled at the same time. 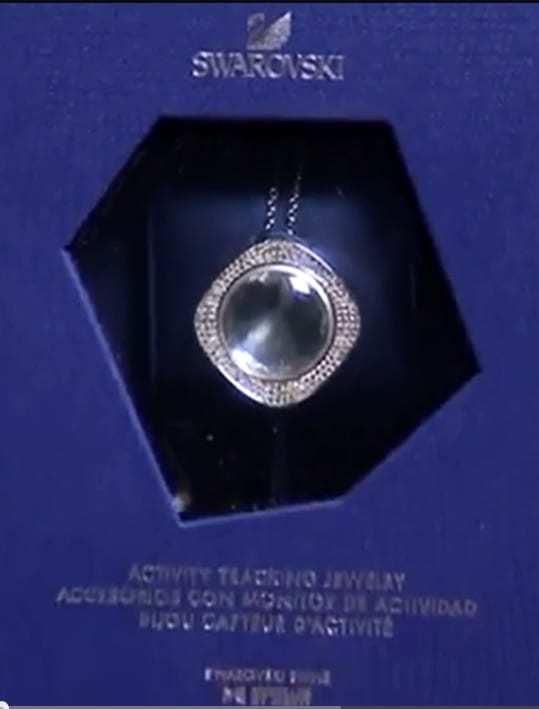 The crystal wearables are compatible with any of the nine different accessories on the Misfit lineup. The Swarovski Shine comes in a violet face and a crystal face, both of which are waterproof. That said, the violet face is solar powered and it will become available later on in 2015. Each of the pieces tell time and provide the wearer with an activity status that can be accessed with a finger tap on the device.

According to the senior vice president of product marketing for the Asia-Pacific Region at Swarovski, Joan Ng, “Observing the high tech market, we felt the opportunity to inject an aesthetic added-value that would turn useful products into on-trend accessories.” Ng also went on to say that “Working with Misfit was a fantastic experience which ensured us the uncompromised quality we as a brand are committed to.”