The company has now revealed a suite of AR software that it has placed under the name of Windows Holographic.

Microsoft has recently announced a brand new suite of augmented reality software that it has unveiled, which is called Windows Holographic, and that has been designed to function on any device, which includes a new Windows 10 based AR headset.

This experience is not meant to provide a user with a virtual reality environment, because it is not exclusively its own world.

The experience through Windows Holographic is meant to be augmented reality in that it creates an overlay of digital content overtop of the actual physical world around the user. The presentation by Microsoft unveiled the service through the use of the HoloLens headset. This made it possible for the wearers to be able to complete certain tasks such as repairing a broken pipe because the directions were presented for them right over top of the actual pipe. Users were also able to build Minecraft buildings in the middle of their living rooms.

The live demo of the augmented reality software showed a program for sculpting models that could be 3D printed. 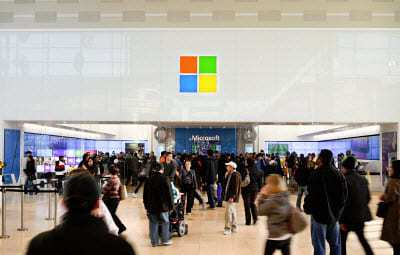 While the unveiling of the Windows Holographic AR software suite was presented with the HoloLens headset, it was actually designed to be usable over virtually any device, such as laptops, smartphones, and tablets. While they will be able to access the same features, it is through an AR headset that the most immersive feel will be achieved.

Alex Kipman, the head of Kinect, explained “Imagine turning your living room into a surreal gaming environment. You might think this is crazy.” He added that “In software, nothing is impossible, and holograms can become part of our everyday life.”

The HoloLens augmented reality headset is a type of glasses that are tinted but transparent and look somewhat like a high tech version of the oversized shades that optometrists give to patients whose pupils have been dilated. While not entirely attractive, they are quite sleek in comparison with their current rivals on the market. They are also untethered, meaning that they can be worn without having to wear a battery pack somewhere else on the body – such as the belt or a pocket – nor does it need to remain plugged into another device or a wall socket.