These mobile devices may allow diabetics to measure their glucose levels through their tears.

Google has just made mhealth headlines with its unveiling of a prototype for a lens that can be implanted into the eye and that could measure the glucose levels in the body of a person who has diabetes.

These mobile devices are made out of a soft contact material and will reduce the need for pricked fingers.

Wearable gadgets have burst their way into the mobile scene, and have opened up a tremendous number of doors for the mhealth industry. The first prototype shows that there is the chance to completely replace the current continuous glucose monitors that must be implanted beneath the skin. Moreover, it could mean that one day the painful blood tests that require finger pricking could also one day be eliminated.

These mhealth mobile devices are being called the smart lens. 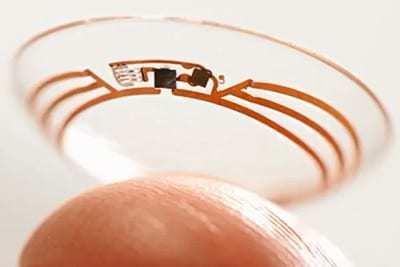 This wireless technology news revolves around a lens containing a tiny computer chip that includes a glucose sensor. It also has an antenna to transmit the results which is thinner than a single strand of hair. In order to function, this contact is implanted into the material of the lens. This can then be worn on the eye’s surface like a contact lens that is traditionally worn for vision correction or to change the appearance of the eye’s color.

The lens receives its power by connecting with radio waves traveling invisibly through the air. This gives it enough power to be able to transmit the data from its glucose testing to mobile devices such as smartphones and tablets.

According to a statement created by Babak Parviz and Brian Otis, co-founders of Google, “Glucose levels change frequently with normal activity like exercising or eating or even sweating. Sudden spikes or precipitous drops are dangerous and not uncommon, requiring round-the-clock monitoring.”

In their statement about this mhealth device, they also went on to say that while some people with diabetics must wear glucose monitors that have a sensor that must be embedded underneath their skin, everyone who has the disease is required to draw blood through finger pricks throughout the day; a practice that is both painful and disruptive to the day. This leads many diabetics to conduct blood sugar tests less often than they should. One day, these new mobile devices could change that.