A recent survey has shown that this lack of confidence could be problematic for the mobile health category.

A small survey that was conducted at the HIMSS14 conference in February 2014 has revealed that when it comes to the adoption of mhealth, the attendees had a serious concern regarding the risk of patient data breaches.

This survey was admittedly conducted on a limited sample, but it does provide some valuable insight.

It was conducted by Axway, a data management vendor based in Phoenix, Arizona. What it showed was that mhealth adoption could be facing some hurdles until it undergoes some improvements in the area of security. The risk of data breaches was the top major barrier identified to be in the way of mobile health technology adoption. After that was the ability to meet compliance and regulatory requirements for the security and privacy of patient information.

There were a number of other key points about mhealth that were identified by this survey. 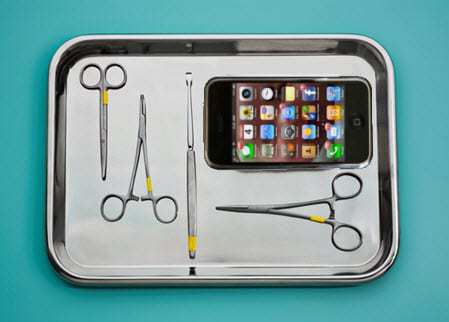 Among them are the following:

• 44 percent of respondents felt that disparate health IT systems integration would be the biggest challenge that would be faced by health care organization IT departments.
• 53 percent of the participants in the survey said that the most important benefit to be obtained through the adoption of mhealth technology will be the improvements that it will produce in access of health care information.
• 38 percent of the people who took part in the survey said that the mainstream adoption of mobile health services will occur in one to three years from now. Among all of the respondents, 90 percent feel that this widespread adoption will have occurred within five years from now.

This suggests that despite the fact that there are still some notable bumps in the road before the technology will be fully accepted and adopted on a broad scale, those within the industry still feel that it is on its way and that it will be used by the vast majority of health care companies within the very near future. It is unclear whether or not they believe that this will occur regardless of whether or not the necessary improvements to security have been made.