A survey has shown that more than a third of physicians like mobile health applications for their patients.

Manhattan Research has recently released the outcome of a survey that it conducted with the participation of 3000 doctors, and which showed that over one third of them have recommended the use of mhealth apps to their patients within the previous year.

That said, many of those doctors made recommendations of specific applications that they preferred.

The Manhattan Research vice president of research, Monique Levy, explained that about the same number of doctors had advised their patients to use mhealth apps in general in order to help them to achieve certain specific purposes, as the number of doctors that had made specific application recommendations to their patients. Levy also pointed out that a small single digit percentage had actually “prescribed” a mobile health application with the intention of being able to use it to receive follow-up information from their patients.

This data aligns with other research that has been conducted over the last while on the use of mhealth tools. 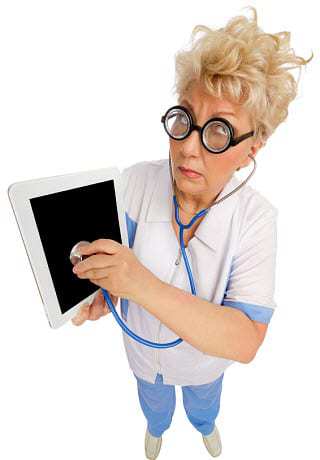 According to Chilmark Research president and CEO, John Moore, this data from Manhattan Research represents an increase over the figures that were recorded by his own company about two years ago. At that time, Chilmark had found that about 1 in 5 physicians were recommending the use of mobile health apps to their patients.

That said, despite the considerable growth in the use of these smartphone and tablet based health tools Moore does not feel that mobile devices are game changers in health care, quite yet. The reason is that many of the mobile apps that are currently being recommended by doctors are those for fitness and weight loss, such as Weight Watchers and FitBit. He explained that under 10 percent of the physicians are actually making recommendations for apps that have to do with a specific chronic health condition. While those recommendations are being made, they are primarily in pilots and not in general practice.

That said, others feel that there isn’t enough credit being given to the recommendation of fitness and weight loss mhealth apps, as those are often being prescribed for healthy lifestyle tracking and preventive medicine, in order to prevent or delay the onset of chronic illness in the first place.