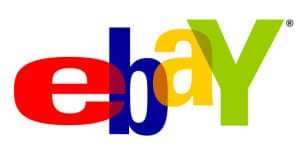 The online auction site has boosted its deals and options for shoppers who are on the go.

Christmas and holiday shopping is coming early to eBay as it has already opened up a number of its additional mcommerce features in order to appeal to consumers who are looking to get a head start on their gift buying.

However, the complete line of additional options and deals won’t be launched until Thanksgiving.

A recent survey has revealed that the average American family will complete their Thanksgiving dinner at 5:23pm (Eastern Time). The largest online marketplace has taken this statistic to heart, as it intends to kick its mcommerce holiday shopping season into full gear beginning precisely that minute on Thanksgiving day.

Shoppers can use mcommerce to begin their holiday shopping the moment they’re done their pumpkin pie.

According to eBay Mobile’s vice president, Steve Yankovich, “Mobile is a game changer for holiday shopping.” He went on to explain this statement by saying that “Consumers expect to shop on their own terms, and tablets and smartphones make every moment instantly shoppable. With eBay mobile, it’s easier than ever to get great deals on holiday gifts – anytime, anywhere.”

The eBay Holiday Collective – which include limited edition mcommerce gifts that range anywhere from apparel to jewelry and from electronics to home décor – was a joint collaboration among eBay and seven top designers. They include Ruffian, Chris Benz, Jonathan Adler, Fallon, Steven Alan, Billy Reid, and Tibi. Together, they created over 40 different items that are each priced at less than $100.

Those items have already been launched and are available worldwide for mcommerce purchases. It was launched on the eBay Fashion app a full 24 hours before they became available to purchase on sale.

Another massive effort that eBay is bringing into the mix over the holiday season is an mcommerce gift guide that is fully shop-able. It is currently available only for iPhone users. It also includes a wide range of industry expert recommendations for holiday gift giving. Beyond this, the options and the deal are only expected to expand as of Black Friday.