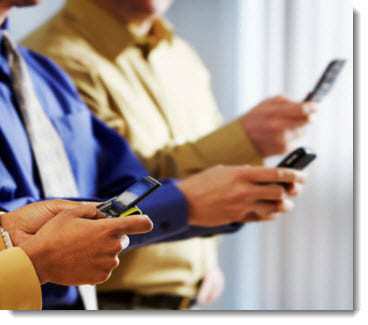 A WorldPay study has found that payment page optimization struggles are hurting the channel.

One of the payment processing, alternative payments, and risk global leaders, WorldPay, has released the results of its mcommerce study, which has shown that when the checkout page and the screen size have not been properly optimized, it has the greatest impact on consumers.

The willingness of a smartphone user to purchase goods is most greatly affected by those two issues.

The research was held at the 2012 Internet Retailing Conference, which was located in London. It determined that retail professionals think that mobile devices do play an important role in a consumer’s overall shopping experience. However, they have also noted that consumers are turned off of buying products and services over mcommerce.

More than half felt that screen size is a leading mcommerce struggle issue.

That said, 34 percent feel that the lack of optimization of an mcommerce site’s payment page is the main deterrent that is sending consumers away from making a purchase using a smartphone or tablet.

More of the findings of the study identified the most popular consumer activities when using a mobile device. Among them, 48 percent of the respondents liked to search for mcommerce websites and physical store locations, and 43 percent said that they looked into product and service prices.

Among the respondents, 65 percent stated that they felt that tablets were the devices that were most popularly used for making a purchase at an mcommerce website or using an app. At the same time, only 31 percent felt that smartphones were used most commonly for this activity. Tablets were believed to be the top device for a number of different activities. This included looking for a store location (60 percent), researching a product or service price (57 percent), and looking up information about a product (55 percent).

Conversely, they felt that smartphones were used more commonly for some other mcommerce activities, such as redeeming a coupon or voucher (60 percent), taking pictures of products (60 percent) and scanning QR codes (65 percent). It found that while many consumers do use their devices to browse and learn about products and their prices, not nearly as many are actually completing the sale over mobile.