McDonald’s has been taking steps to become more transparent with its customers recently. The fast food giant recently began putting QR codes on the packaging of its to-go meals, but that is only one aspect of the company’s overarching “What We’re Made Of” campaign. The campaign is a multi-channel approach to information distribution. As part of this campaign, McDonald’s Australia has released a new augmented reality initiative that is designed to show people exactly what goes into making their food.

Through a free iPhone application called TrackMyMacca’s, consumers will be able to unlock information concerning their meals. McDonald’s Australia has begun embedded augmented reality content into meal packaging, allowing consumers to access this content by using their smart phones and tablets equipped with the new mobile application. The initiative is meant to give consumers a better understanding of the ingredients that are used to make the food they enjoy.

Variety of data made available through augmented reality

The application makes use of GPS tracking in order to identify which restaurant it is being used at. Image recognition software allows the application to accurately identify the food that was purchased and calls u 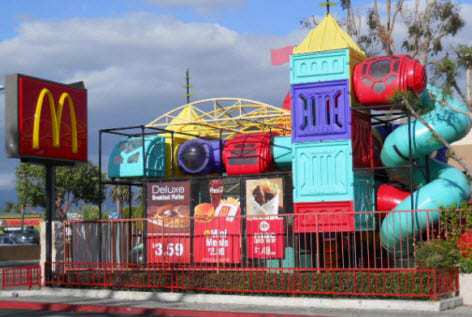 p information concerning this meal. Date and time information is cross-referenced in the McDonald’s supply chain database to track down the ingredients that were used to make that specific meal. This information includes the bakery, ranch, farm, and processing factory,  that was involved in handling the ingredients and the other aspects of the meal.

McDonald’s may have plans for augmented reality in the future

Much of this data comes to life in the form of a digital animation, which can take place anywhere thanks to augmented reality. The TrackMyMacca’s application can effectively transform a dinner table into a scene of digital entertainment. The application is currently only available for the Australian branch of McDonald’s. The application will track selected menu items through June 30, 2013. Whether the fast food giant has plans to expand its use of augmented reality has yet to be seen.