The company has revealed that it is working with Shopgate, following other similar announcements.

PayPal has announced the latest in its m-commerce partnerships, as it joins forces with Shopgate, a mobile commerce service provider based in Germany.

This news release followed close on the heels of the announcement of its partnership with Moneygram.

By partnering with Shopgate, PayPal will be able to offer a larger number of opportunities to online stores. This primarily focuses on a joint package that will let them not only expand their traditional online shops, but also boost the m-commerce service offerings.

Shopgate offers mcommerce shops and apps that will now be combined with PayPal services.

This way, the m-commerce and mobile payments services will be combined to offer companies a powerful online, smartphone, and tablet shopping experience. Shopgate is already currently providing its services to over 750 retailers in Germany, Austria, and Switzerland.

On the other hand, MoneyGram – a global money transfer company – has also joined with PayPal to give the company the ability to provide its 117 million users with the opportunity to withdraw and deposit funds using their digital and mobile wallets from any of the 284,000 physical MoneyGram locations.

That particular partnership is still in the earliest phases of its pilot program development. PayPal announced on its blog post that it is hopeful th 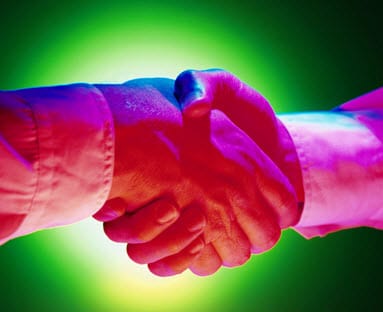 at the launch of the program will come as soon as early 2013. The goal of that mcommerce effort is to decrease the number of steps that a customer is required to take to move from “cash to commerce”. The mobile payments company believes that this will lead to a larger number of purchases using the service both offline and online.

Furthermore, it takes into consideration the fact that there are currently 10 million households in the United States that do not have bank accounts, and that this can provide them with e-commerce and mcommerce access without having to use traditional forms of financial information, for instance a credit card number. This will allow consumers without bank accounts and credit cards to be able to use PayPal services to make purchases online at any merchant where the payments are accepted.