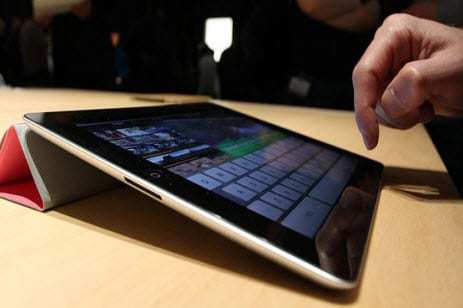 A new American study performed by Ipsos OTZX MediaCT (for PayPal) of tablet and smartphone owners has determined that people who own tablets are more likely to take part in mobile shopping more frequently, since the device makes the mobile shopping experience more pleasant and encourages those who own both types of mobile device to use their smartphones more frequently.

In fact, the survey showed that the tablet owners shop twice as frequently as those who own only smartphones. Moreover, among those participants who owned both types of devices, 40 percent had made over twenty purchases using one of those devices within the last 12 months. Furthermore, almost two out of every three people who owned both types of device also noted that they had spent more as a result of their mobile shopping habits.

Analysts and marketers have been working to determine why tablet owners are behaving in this way. Many believe that it is because tablets are used in a more comfortable environment, such as sitting on a couch instead of while walking or sitting at a desk. Others argue that the reason is function-based, as the screen is larger so that it is easier to see the items and navigate the sites. Moreover, visual presentations on tablets are more engaging.

Another consideration is that, according to senior vice president Todd Board, from Ipsos OTX MediaCT, “dual owners have the classic markings of early tech adopters, including skewing high-income and male.” Many retailers are hoping to take greater advantage of this trend by gearing their mobile apps and websites toward tablet devices.