Social platforms and real-time video drove a massive spike in shopping via apps in 2020.

Many countries newer to m-commerce experienced even higher increases in their app-based shopping.

According to new data, global time spent shopping via apps (not including China), rose by 45 percent in 2020 when compared to the same figures for 2019. Many countries that hadn’t previously adopted mobile commerce as widely experienced even higher growth rates, such as 50 percent in Russia, 65 percent in Mexico, and 85 percent in Indonesia. These rates were heavily impacted by social media and live stream commerce.

App Annie data showed that the biggest mobile retail shopping rate increase occurred near the end of 2020. In the week from November 8 through 15, consumers around the world spent 2.3 billion hours on m-commerce apps, shopping on their Android phones. This tremendous spike in shopping hours was, in great part, due to the record-breaking Singles Day Shopping Festival on November 11.

Social media and live streaming commerce took on a new and powerful role in mobile shopping in 2020.

Last year, the pandemic and its associated lockdowns sent an unprecedented number of consumers to their computers and smartphones to buy what they needed. Trends relating to social commerce and live purchasing become commonplace, when they played a notably smaller role only a year before.

The large social networks pushed hard to take part in this trend, tinkering with “buy buttons” and adding new options to those that already existed. Though this trend was already on the grow as influencers have continued their rise, last year’s lockdowns and shelter in place orders gave massive traction to shoppable buttons.

Leading this social media trend was Pinterest. Its buyable pins were introduced back in 2015, but it boosted and expanded its merchant support last year. App Annie showed that the platform’s global downloads rose by 50 percent over a span of one year. Instagram saw its downloads rise by 20 percent. 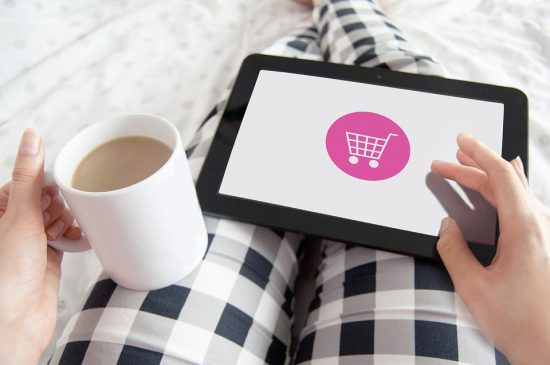 Live stream commerce saw similarly powerful results in 2020. It allowed brands and influencers to use a real-time broadcast to pitch products. Viewers could click to purchase what they saw, in a mobile phenomenon that took off explosively.