The service has launched a new feature that lets rentals occur without having to download an application.

A new Lime QR code feature is making it possible for customers to be able to rent scooters without having to download a dedicated app from the scooter and bike rental company.

The company recently announced this service which is meant to considerably improve convenience.

“We’re thrilled to announce that starting today, Lime riders will be able to walk up to a scooter and start riding, regardless of whether they have our app on their phone,” said a statement from the company on its website. “This new feature is a first for the shared micromobility industry and provides the most seamless experience for Lime riders to date.”

The Lime QR code option is based on the Apple App Clips feature and on the Instant App on Android devices. Using it, customers can step up to a bike or scooter, use the built-in camera app on their smartphones and scan the barcode. This opens App Clips or Instant App, depending on the device, from which point the rider can confirm the rental and use Apple Pay or Google Pay to complete the transaction.

The Lime QR code option opens the rentals up to riders who are new and haven’t downloaded the app.

“This new feature makes Lime more accessible to riders, including those who are new to our platform and haven’t downloaded our app yet,” said the company’s senior product manager, Zack Kahn. “With app-less riding, new riders can try out our service without the process of downloading our app, and regular riders can cut out several steps to quickly start a ride. We know our riders are on the go and we want to get them on their way as seamlessly as possible.”

This recent announcement follows closely on the heels of Lime’s March statement in which it said it would be investing $50 million into e-bikes. The company has 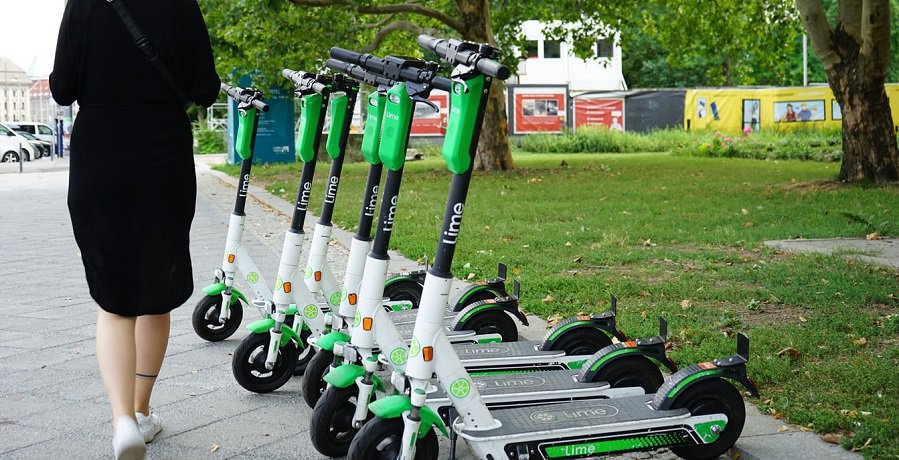 outlined its goal as taking on “all trips under five miles,” through its CEO Andrea Ellis. For that purpose, it has been launching new scooter models and has overhauled its app to make it easier for customers to locate its bikes and scooters as well as those offered by rival rental companies.