The respected physician has cautioned device owners that the use of cell phones can increase the risk of the disease.

One of the top doctors in Australia has now released a warning in which he has stated that there is a link between the use of mobile phones and the risk of developing brain cancer; a statement that has been met with a considerable amount of controversy.

Dr. John Tickell is, himself, a brain cancer survivor, and is calling for more research on the topic.

According to Dr. Tickell, the mobile phones of today are much more powerful than those that were used a couple of decades ago, so research needs to focus on current technology. “The phones today are super they’re smart phones,” he said, adding that “They’re emitting a lot more radiation than those analogue phones of 20 years ago.” This is a claim that is not only exclusive to this doctor. The World Health Organization (W.H.O.) has also recognized that today’s smartphones are quite different from the old clunky car phones from the late 1990s.

The W.H.O. has recognized that some mobile phones emit a stronger level of radiation than they once did. 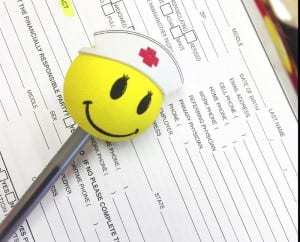 It wasn’t long ago that the W.H.O. upgraded the level of radiation from smartphones to the B2 category. At that level, it means that these are mobile gadgets that could possibly cause cancer.

That said, cell phone manufacturers and cellular service providers have rejected this claim, outright, including the Australian Mobile Telecommunications Association (AMTA). The CEO of the AMTA, Chris Althaus, stated that “The issue needs to rely on the science and the science at this juncture is very, very strong – there is no link.”

On the other hand, Dr. Tickell said that in his opinion, the link has been proven. “You can say you can’t prove it – in my mind it is proven looking at the studies that are unfunded by industry.”

The controversy over the health impacts of mobile devices is nothing new. It has been ongoing with regards to both the gadgets, themselves, and the towers that ensure that they can remain connected. Now that 4G towers are replacing the older 3G ones, many people are demanding that research be conducted as the new technology has not been studied to the degree that older tech had been.