The most recent Samsung Galaxy S9 update has given users of this smartphone additional camera features that currently exist on the Galaxy S10, as well as others not yet present on Saumsung’s newer phone models. Among these new features is the toggle in the camera settings called “Scan QR codes,” which lets users scan the codes without requiring Bixby or a third party app as was previously the case.

When a user wants to scan a code, they simply need to activate the device’s camera and point the camera at the code. Once the QR code is detected, the camera will immediately produce a popup with the link to whatever website is linked to the code, allowing the user to open the website with one tap.

The QR code scanner is enabled by default once the June security Samsung Galaxy S9 update has been installed on the device.

Although the new feature will not disrupt photography, if for whatever reason a user would like to disable the feature they can easily do so through the phone’s camera settings.

The Samsung Galaxy S9 update brings other exciting camera features to the table.

Beyond improved usability of the phone’s QR code reader, users of the Galaxy S9 will also be able to enjoy other camera improvements. One of the most notable of these is the Night Mode function, which was previously exclusive to the newer Galaxy S10 line.

That being said, the most recent Samsung Galaxy S9 update has yet to be rolled out for the Note9 or the S10. As such, neither of these devices have the QR code scanning feature. Therefore, users of these devices still need to depend on Bixby or a third party to app to scan these unique barcodes. However, it 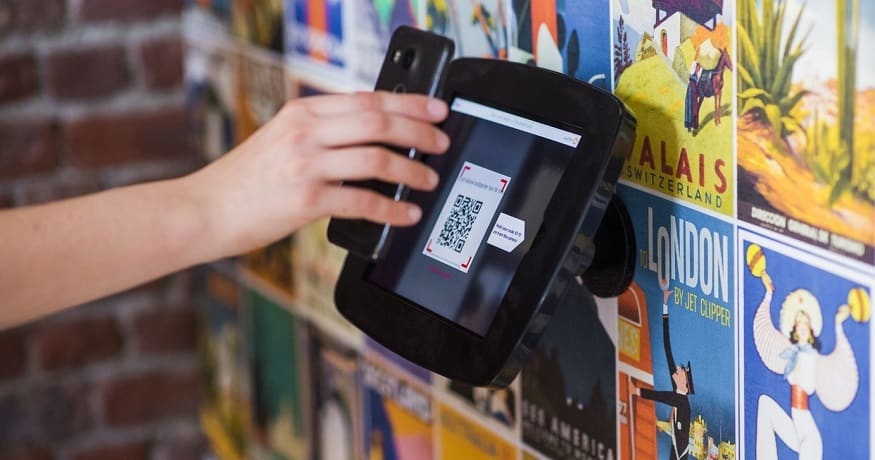 is likely that once these devices receive their June security updates, this improved QR code reader function will be available.