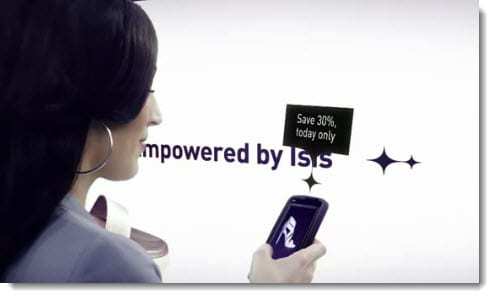 An Aramark cafeteria located in Verizon Wireless’ headquarters in Basking Ridge, New Jersey, will be the first place in the U.S. to official trial the Isis mobile payment platform. Isis has become one of the most hyped and anticipated mobile commerce platforms to date. The platform represents a partnership between AT&T, Verizon Wireless, and T-Mobile, and is expected to be the most prominent platform in the burgeoning mobile commerce industry. After years in development, the platform will finally be tested in a commercial setting.

Isis had been scheduled for trials in both Texas and Utah this summer. Problems concerning the platforms features and its popularity put these trials on hold. This caused some dissension amongst Isis supporters who were eager to get their hands on the platform and try it out. Isis officials have been working to solve the platforms problems and believe that it is ready for an official, albeit limited, trial in New Jersey.

Micros prepares the way for trial

Micros, a developer of point of sale software and Isis partner, has installed several NFC terminals at the Aramark cafeteria in preparation for the Isis trial. Those with an NFC-enabled mobile device will be able to make use of the Isis mobile wallet application and make payments for meals at the Aramark cafeteria. Isis will collect the data produced by this trial and work to solve some of the issues that are brought to light as well as make the platform more user friendly for future trials and the eventual release of the platform.

Despite the delays in the platform’s trials and concerns regarding the security of mobile commerce, Isis has managed to attracted a great deal of support from consumers and financial institutions. To date, it is the only mobile commerce platform that has acquired the support of most of the world’s major financial organization and credit institutions. The greatest competition that Isis currently faces in the market comes from Google, which released its Google Wallet last year.