Mobile commerce platform Isis now leverages the services associated with the American Express Serve platform. Isis is a joint venture from AT&T, T-Mobile, and Verizon Wireless and has managed to establish a relatively strong following in the world of mobile commerce. The platform is in direct competition with Google’s own mobile commerce platform, called the Google Wallet. Isis has managed to gain a significant advantage over the Google Wallet by winning the support of many of the world’s major financial institutions.

American Express Serve was first launched in 2011 as a way to consolidate multiple forms of payment into a single platform. The platform allows users to manage their funds digitally and even enables users to transfer funds to others that make use of the Serve platform. These services will now be available to Isis users with NFC-enabled mobile devices. AT&T, T-Mobile, and Verizon Wireless customers with NFC-enabled devices can make use of Serve in to manage their funds more efficiently than through the traditional Isis platform. 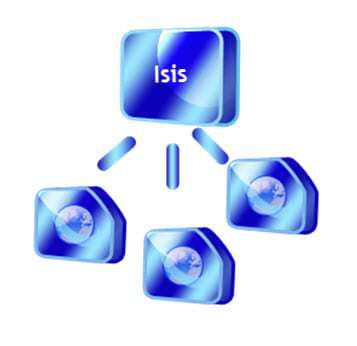 Isis and Serve could be a boon for millions of people

American Express believes that linking Isis and Serve together will be a benefit to millions of people in the U.S. According to information from the Federal Deposit Insurance Corporation, more than 70 million U.S. citizens do not have a bank account. While Isis may not be able to act as a complete replacement for a bank account, the platform may be able to provide these consumers with a comprehensive way to manage their funds.

Isis currently has plans to launch its services throughout the country by the end of the year. The platform is currently being tested in Austin, Texas, and Salt Lake City, Utah. Consumers have shown some support for Isis, but many people remain concerned over the security issues that exist within the mobile commerce sector. Mobile commerce has become a popular battlefield for hackers who are interested in exploiting the financial information of consumers.