Analysts are predicting that this year will see nearly no growth at all for the Apple smartphone.

If there’s anything Apple has never needed to worry about before, it’s been its iPhone sales, as the popularity of the brand has been very strong from the time that the smartphone was first invented.

However, analysts are now predicting that this year’s sales growth will be just slightly more than 1 percent.

When all is said and done, iPhone sales are remaining nearly flat, this year. That is a massive plummet from the situation that was seen at this time in 2015, when there had been a year over year growth of 46 percent for the Apple iPhone. This is the case, despite the fact that the iPhone 6S managed to break all previous records on its opening weekend. Unfortunately for Apple, that achievement didn’t turn into a record-breaking trend for the mobile device. Now, it looks as though the number of sales for this most recent version of the smartphone will be comparable to those of previous generations.

This would still mean that iPhone sales would hit a massive 74.5 million units, but the growth won’t occur. 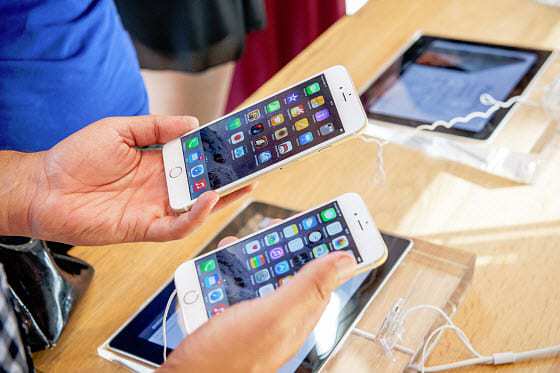 As of yet, analysts have not conclusively identified the reason for the dramatic slowdown in the growth of the smartphone sales from Apple. Some of the analysts have linked the reduced growth in demand to the decrease in distinguishing features that the most recent iPhone models have when compared to the mobile devices offered by their top rivals and from previous iPhone generations, for that matter.

Because the difference from one generation of iPhones to the next is becoming increasingly slight, it may mean that some consumers are choosing to skip generations before they make their next investments into a new device. For example, owners of the iPhone 6 may have been willing to skip the 6S in order to wait for the iPhone 7, in the hopes that it will have something more notably different to offer. That version of the smartphone is predicted to hit the market in September of this year.

Other predictions about the slowdown in iPhone sales have to do with the overall reduction in the growth of smartphone purchases, worldwide, as the worldwide market becomes ever closer to the saturation point in terms of ownership of mobile devices within that category.